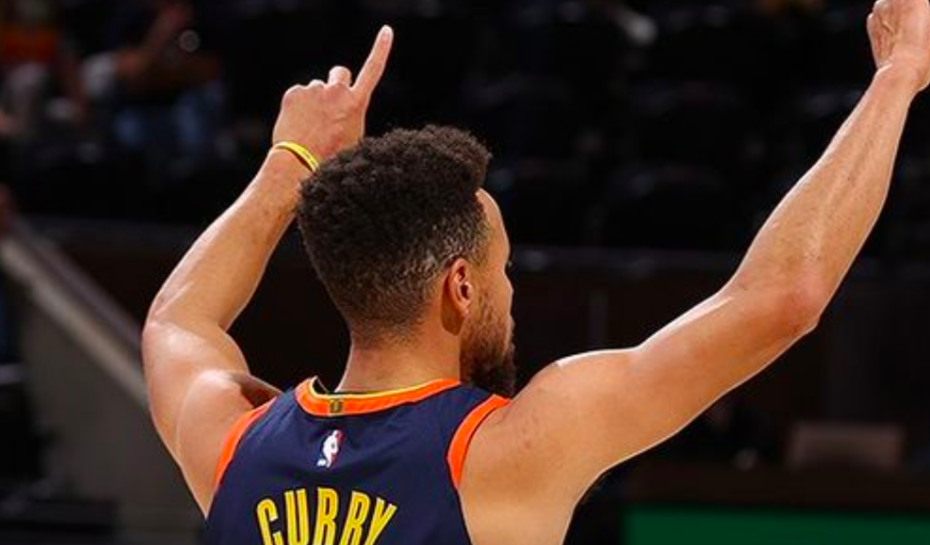 As people in Atlanta and around the world are still in mourning and honoring the lives of the shooting victims (according to BBC), “with fears of anti-Asian bias” reportedly against the victims according to the New York Times, one NBA player is hoping to show his love and stand in solidarity with the Asian American Pacific Islander (AAPI) community by raising awareness and money.

According to The Undefeated’s Nick DePaula, Steph Curry showed “support for the victims and their families of last month’s tragic Atlanta-area shootings at a trio of Asian spas that left eight people dead. To help show solidarity with the Asian community, the Golden State Warriors guard worked with the Bruce Lee Foundation to create…hand-painted yellow and black customized sneakers that depict the martial arts icon and champion of equal rights. They plan to auction the game-worn sneakers in the coming weeks and will work with an organization to disburse all of the proceeds to the families of each of the eight victims.”

RELATED: Opinion: My Thoughts On The Hatred And Racism Towards The Asian-American Community As A Filipino-American, Jeremy Lin Speaks Out On The Violence

“Disgust, horror and outright anger at why any violence keeps happening in our country,” Steph Curry told The Undefeated. “After all we have been through this past year, let alone in the history of our country, people still deal with unnecessary tragedy and are afraid for their lives. We have to do better…It’s plain and simple. We are all different and unique. On purpose. But, we are all human beings on a quest to fulfill our purpose and that energy should be used to uplift and love each other to the fullest. Anything else is a waste of our existence.”

When the Golden State Warriors traveled to Atlanta to play the Hawks, Curry would don these shoes on the court:

Jeremy Lin had much respect for Curry in this decision. Lin said in a retweet of Bruce Lee’s daughter, Shannon Lee, and the Bruce Lee Family Company: “man of God speaking out for others”.

You can catch Steph in the kicks against the Hawks here:

According to The New York Times: “The man who police say went on a rampage at three spas in the Atlanta area, killing eight people, was charged…with eight counts of murder in connection with the attacks. The brazen shootings, which took the lives of six women of Asian descent, stirred considerable outrage and fear in the Asian-American community. Investigators said they had not ruled out bias as a motivating factor even as the suspect denied such racial animus once in custody.”

This delves into a deeper conversation on anti-Asian hate and violence that has been prevalent in our society.

“It’s taken six Asian American women dying in one day to get people to pay attention to this,” Sung Yeon Choimorrow, executive director of the National Asian Pacific American Women’s Forum (NAPAWF) said to the Guardian. “Record keeping of hate crimes against Asian Americans is so low because they are not even willing to accept that we are discriminated against and harassed because of our race.”

According to Pilkington: “In the latest statistics for hate crimes compiled by the FBI for 2019, a total of 4,930 victims were identified where race or ethnicity was the motive. Of those, 4.4% were victims of anti-Asian bias, compared with 48.5% of anti-black and 14.1% of anti-Hispanic bias. The data is widely accepted to be a gross understatement of the hate crime problem in America today, including for Asian Americans. A federal law has been in place since 1990 requiring records to be kept on hate crimes, but it is largely ineffective as individual police forces are under no obligation to participate.”

Pilkington went on to report that: “In the absence of any credible official figures, Asian American groups have attempted to fill the void by collecting self-reported data themselves. On the eve of the Atlanta shootings, the group Stop AAPI Hate released a new report itemizing 3,795 incidents of verbal harassment, physical assault, workplace discrimination and other forms of bias that occurred during the pandemic. The group said the incidents represented ‘only a fraction of the number of hate incidents that actually occur, but it does show how vulnerable Asian Americans are to discrimination’. Asian Americans Advancing Justice is another group that encourages self-reporting of hate and harassment through its hate tracker, StandAgainstHatred.org.”

If you or someone you know has been discriminated against simply because you are Asian-American, you can report your story here at standagainsthatred.org.

Going back to Steph and his support for the AAPI community:

“I think Stephen’s gesture is a beautiful example of allyship and solidarity in action,” Shannon Lee, CEO of the Bruce Lee Family Companies and chairperson of the board of directors for the Bruce Lee Foundation, said per The Undefeated. “I am honored he would choose my father and my family as the symbol for the idea that we are all one family, as my father said, and therefore must all stand for one another.”

DePaula also reported that: “Throughout his career, celebrating togetherness, unity and equality have been pillars of Curry’s platform. While living in the Bay Area for the last 12 years, he’s had an appreciation for the Asian community throughout the region, as around 34% of the region’s population is made up of people with Asian backgrounds. The demographic has also long made up one of the largest portions of Warriors fans.”

Curry gave a special shout out to Asian American fans.

“We have so many faithful Asian American fans that have supported me along this amazing journey,” Curry said to The Undefeated. “We represent them on the court and I feel the love no matter where I go. You can’t replace that.”