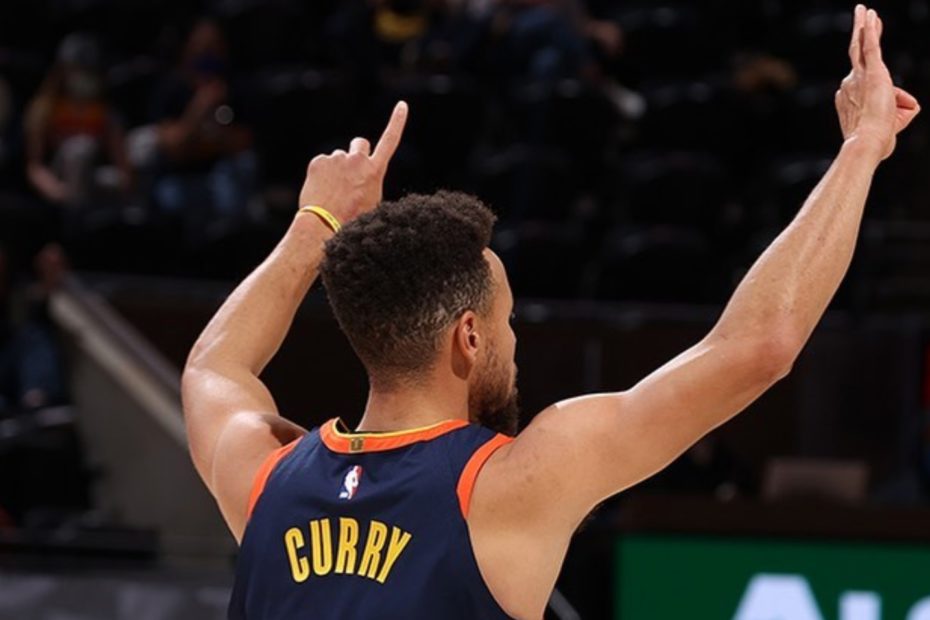 Parents, If Your Kid Wants To Shoot 3’s Like Steph Curry, Listen To What Curry Said After Making Clutch Shots In Overtime

Parents, If Your Kid Wants To Shoot 3’s Like Steph Curry, Listen To What Curry Said After Making Clutch Shots In Overtime

In the wise words of Dory from “Finding Nemo”: “Just keep swimming.”

It’s a great metaphor for life, to keep persevering towards your dreams and goals no matter the obstacle (or ocean current in Dory’s case) that comes your way.

It’s also a great metaphor if you want to continue to be one of the best 3-point shot makers in the NBA. All you have to do is replace “swimming” with “shooting”.

“You got to kick it out and just shoot with confidence and keep shooting,” Steph Curry said as transcribed in an article by ESPN’s Nick Friedell.

According to ESPN’s Friedell: “Curry came into the fourth quarter of Wednesday night’s 120-112 overtime win over the Miami Heat having already set a personal record for 3-pointers missed in a game. In 47 previous games in his career, he’d attempted at least 15 3s, according to ESPN Stats & Information, but this was the first time he had made just two of them.”

All that didn’t matter. No matter how many shots he missed, Curry kept shooting.

Along with Curry saying to keep shooting as a response to Friedell’s question at a virtual press conference with other media members, Curry also talked more about about his thought process throughout the game going through a shooting slump in response to the question.

“I just was missing, so not losing confidence was huge and understanding that eventually I’ll find the right rhythm, the right look, and make a big one,” Curry said. “And thankfully it happened (at) the end of regulation and then the two in overtime. I tried not to think about the percentages during the game when you know like, ‘(Dang) I missed about 17 of these’, that doubt can sometimes creep in.”

Dub Nation ended up getting the dub in Overtime (per warriors.com), pulling off a comeback as the Warriors note the team never led in regulation and were down by ten points with seven minutes to go in the game.

The team got some big shots from none other than Curry, even on his off night. Why? Because he just kept shooting.

Michael Jordan, yeah that guy who many consider the G.O.A.T. to ever lace ’em up, you may recall once said: “I’ve missed more than 9,000 shots in my career. I’ve lost almost 300 games. Twenty-six times I’ve been trusted to take the game-winning shot and missed. I’ve failed over and over and over again in my life. And that is why I succeed” (per Forbes).

The reason for his success is he kept trying, kept working hard even after failure.

Speaking of MJ, Curry almost tied one of his records in this game.

Curry’s “streak of 25-plus points while shooting 50 percent-or-better from the field ended at 10 games, one shy of Michael Jordan’s NBA-best such streak of 11 games” according to the Warriors.

Although it was an off night for the former league MVP and NBA champion (who is being considered as one of the top runners for MVP this year), “Curry extended his streak with at least one made three-pointer to 91 games, currently the longest active streak in the NBA and fourth-longest in league history” via the Warriors.

So, even though mistakes happen, it’s all about how we respond to adversity.

Thomas Edison, according to the University of Kentucky, “made 1,000 unsuccessful attempts at inventing the light bulb. When a reporter asked, ‘How did it feel to fail 1,000 times?’ Edison replied, ‘I didn’t fail 1,000 times. The light bulb was an invention with 1,000 steps.'”

In your journey, there may be so many steps, many of which you don’t know why you’re taking them in the moment when there’s trying, difficult circumstances you’re facing. But, just keep going. Just keep swimming. Staying the course. And, if you’re a basketball player, just keep shooting those baskets and eventually they’ll start going through the bottom of the net.

In Curry’s case, it just so happened to be in a big-time moment in an NBA game’s overtime to help his team get a win against the defending Eastern Conference champions.