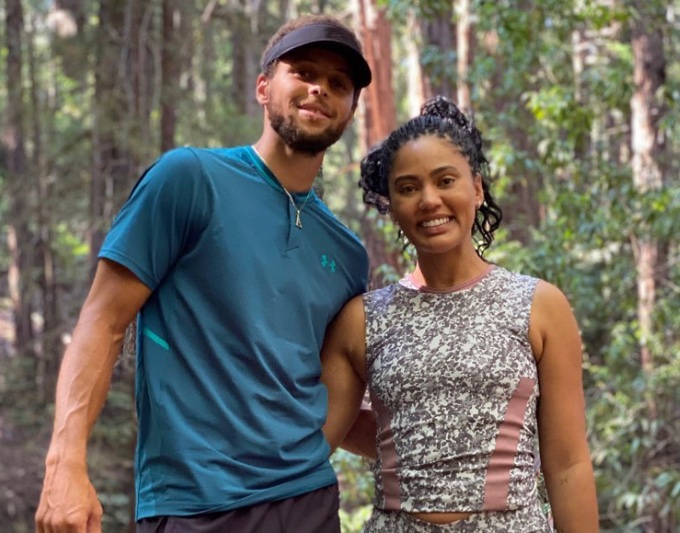 Basketball legend Stephen Curry just celebrated his 10 year anniversary with his wife, Ayesha. After a decade with each other, the NBA star still feels grateful to have found his woman.

“We just celebrated 10 years of marriage of marriage,” the Golden State Warrior champion commented on the set of People. The couple recently sat down for an interview and discussed EatLearnPlay, a foundation they created which seeks to help provide resources to low-income families in Oakland, California.

“So I still have that feeling. I know this isn’t supposed to be part of the interview, but definitely. Not just her beauty, but a lot of stuff that comes from the ideas of what Eat. Learn. Play. is, and just her heart for service is a big reason why we’ve been able to do the things that we get to do.”

RELATED: Florida State Quarterback McKenzie Milton Returns to the Field After Catastrophic Injury That Left Him Benched for 34 Months

The Curry’s were married on July 30, 2011, and have since had three children together. The two have many years to come and they seem to look forward to it plenty.

Ayesha Curry says that her life with Stephen has always ‘felt right’!

Earlier this year, Ayesha opened up about the struggles of motherhood as a woman in her twenties during an episode of the podcast Skimm’d from the Couch. Although there were challenges, she admitted that being with Stephen always “felt right”.

Ayesha explained, “What I started to realize was I was becoming this woman at such a young age when other people would still potentially be in college or just figuring out who they want to be. I was getting married and having kids and it got to a point when I was like, I’ve spent my whole life since I was a little girl attempting to play these other people and auditioning to be these other people that I don’t even know what I like or who I am because I’ve spent my whole life, trying to figure out how to be somebody else.”

She continued in her statements but divulged how she picked up a love for cooking, which eventually turned into her being a cooking television personality. “And it kind of became my career very naturally and organically. And my husband was like, ‘Hey, I think you can do this.’ I was very scared and frightened and gently dove in and now it’s become a whole career, which I love,” Ayesha commented.