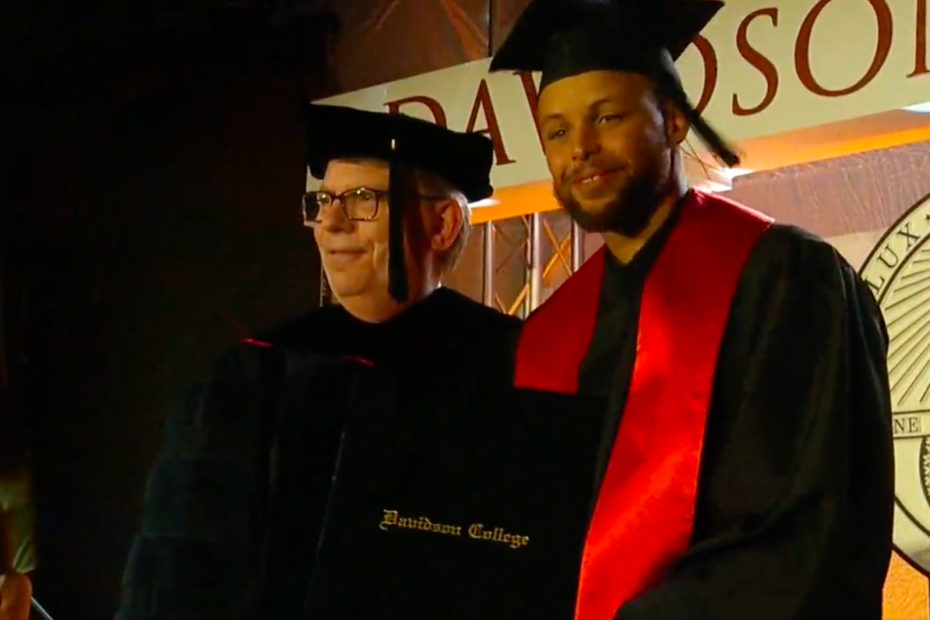 Basketball legend Stephen Curry returned to Davidson College in North Carolina for a solo graduation ceremony, 13 years after initially dropping out to join the NBA.

The 34-year-old Golden State Warriors player attended Davidson College from 2006 to 2009 and left the school before his final year to enlist in the NBA Draft. In 2009, he was selected as the seventh overall pick by the Warriors, where he has remained since.

Now, 13 years after leaving school to pursue a career in professional basketball, he completed his degree with a Bachelor of Arts in sociology.

Curry, who walked the stage during a solo graduation ceremony, also had his No. 30 jersey retired in honor of his athletic excellence. According to news outlets, the NBA star is the first ever athlete to have a jersey retired at Davidson College.

The athlete has been planning this solo graduation ceremony since May when he first completed the necessary credits needed to complete his degree. The school has had such a profound impact on the 34-year-old that he and his wife Ayesha established the Curry Family Women’s Athletics Initiative at his alma mater, a program designed to help female student-athletes programs.

“Davidson College is where it all started for me, and it no doubt prepared me for leadership and service. I’m forever grateful for the unwavering support from the entire Davidson community,” Curry wrote on social media when discussing his family’s project to help young women attending his former school.

“The reason I am who I am today is also because of strong, powerful women that have poured into my life all these years,” he added, paying special tribute to the women in his life that made his experience so rich.

As he continued, he noted his position as a father to daughters, Riley, 9, and 6-year-old Ryan, and having daughters makes him want to make the world a better place for them to live in. Curry shared the sentiments, “Now as the father of two girls, I want them to grow up without any boundaries on their futures.”

“By granting access to additional resources and creating more opportunities for women, we hope to uplift, empower, and foster an unbiased society that leads to a better world,” the basketball star concluded.