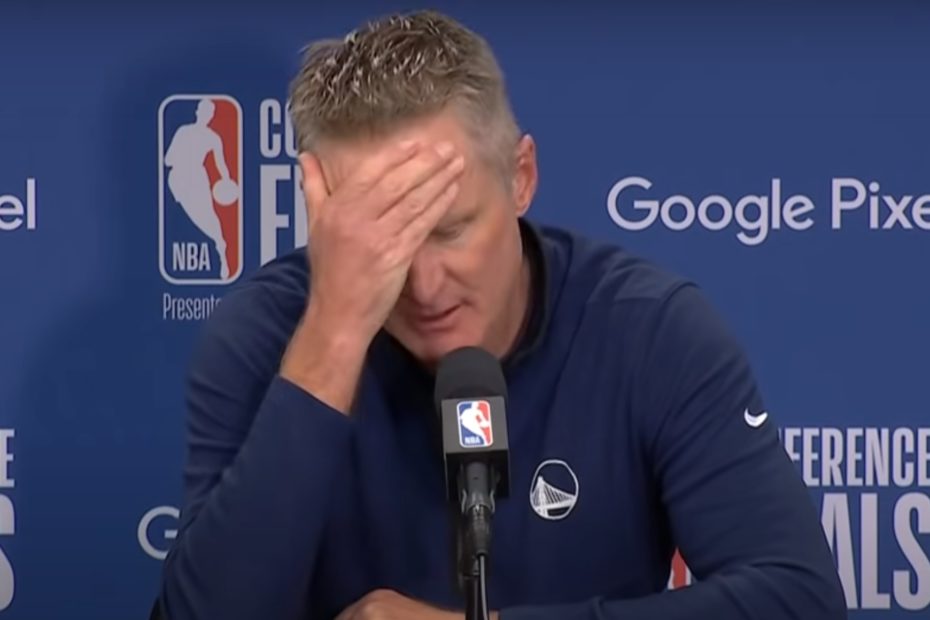 In the midst of the Warriors facing off against the Dallas Mavericks in a multiple game series, tragedy struck the United States after a gunman took the lives of 19 elementary school students and two teachers. It is the third deadliest school shooting in United States history and has left many questioning what the US government will do to prevent another tragedy like this from happening, including the 56-year-old head coach.

“In the last 10 days, we’ve had elderly Black people killed in a supermarket in Buffalo, we’ve had Asian churchgoers killed in Southern California, and now we have children murdered at school,” Kerr relayed to reporters during the press conference.

“When are we going to do something? I’m tired. I’m so tired of getting up here and offering condolences to the devastated families that are out there,” he continued. “I’m tired of the moments of silence. Enough.”

For Steve Kerr, his personal background with gun violence drives him to voice a call to action. As the son of former American University of Beirut president, he knows firsthand what it’s like to be affected by unnecessary gun violence. In 1984, Kerr’s father was assassinated by a gunman.

Encouraging others to look at the disaster from the perspective of a family member or loved one, Kerr posed, “I want every person here, every person listening to this, to think about your own child or grandchild, mother or father, sister, brother. How would you feel if this happened to you today?”

During the press conference, the head coach also pointed out the fact that 90% of Americans agree with some form of tighter gun control, yet the government has refused to address the pleads of the American public.

RELATED: David Reichman, 32, Dead After Collapsing at the Finish Line of Brooklyn Half Marathon

“There are 50 senators right now who refuse to vote on H.R. 8, which is a background check rule that the House passed a couple of years ago. It’s been sitting there for two years,” he said. “There’s a reason they won’t vote on it: to hold onto power.”

After sharing his thoughts on the matter, he said he would be unable to continue the conference, and stormed off. Needless to say, his words and perspective were incredibly moving.

His words have been circling around the internet for some time now, many individuals vocalizing support for Kerr’s speech. Stephen Curry was among the coach’s supporters and advocated for others to “watch this [Kerr’s press conference] as much as you watch the game.”