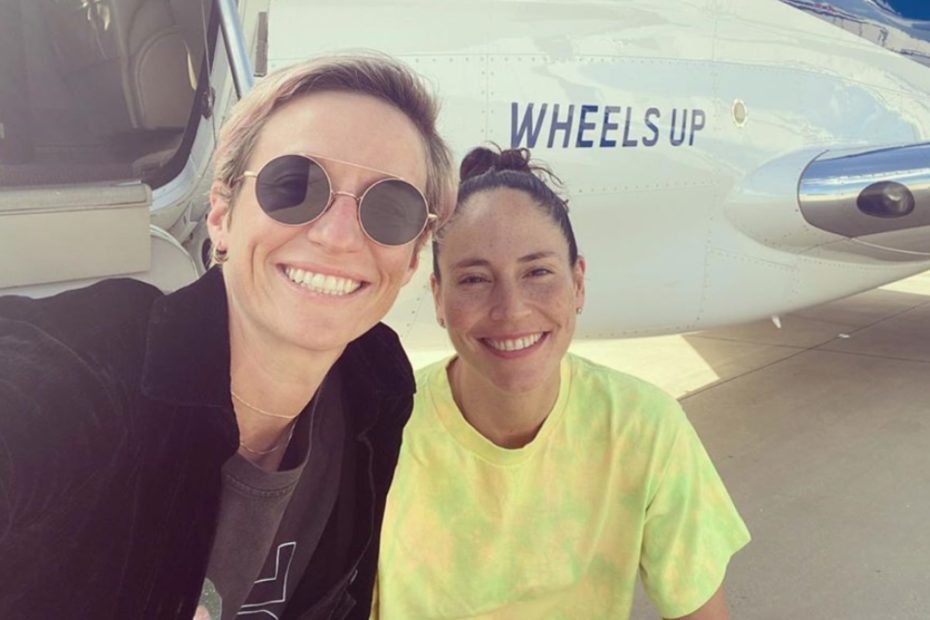 While relaxing in a pool, overlooking the ocean, women’s soccer star, Olympic gold medalist, and World Cup champion Megan Rapinoe walked on to the edge of the pool, got down on one knee, and asked WNBA Finals champion Sue Bird to be her wife. Bird obviously said, “Yes!”

Both Bird and Rapinoe announced their engagement in the same way, with a photo of Rapinoe down on one knee putting the ring on Bird’s finger. Neither one of them captioned the photo, but rather let it speak for itself. After all, a picture is worth a thousand words.

Roughly a week before Bird and Rapinoe said yes to forever, Rapinoe talked about getting married in an interview with People. “We’ve talked about it, definitely. I think in the future, for sure,” the soccer star shared just days before she would inevitably pop the question.

“We’re not like, ‘Oh let’s just—‘ but I always tell her that if she were ever to break up with me or want to, that’s totally fine, that’s your choice. Just know that I will crumble to dust,” Rapinoe said of her feelings toward her partner of three years. She and Bird have been together since 2017.

In that same interview with People, Rapinoe also revealed that have Bird with her during quarantine was a “huge help” for her. “And then just the time we’ve been able to spend together as a couple. We’ve essentially spent every single day together since the beginning of March.”

And that’s not something they are used to, Rapinoe continued. With both of them being professional athletes, they travel a lot, so being together through this difficult time, “it’s been the greatest gift and a big silver lining in this whole thing.”

Thousands of people congratulated Bird and Rapinoe on their engagement, including Bird’s WNBA team, the Seattle Storm, who wrote “Ring Szn,” as their caption. Now that’s one way to make the year 2020 better!