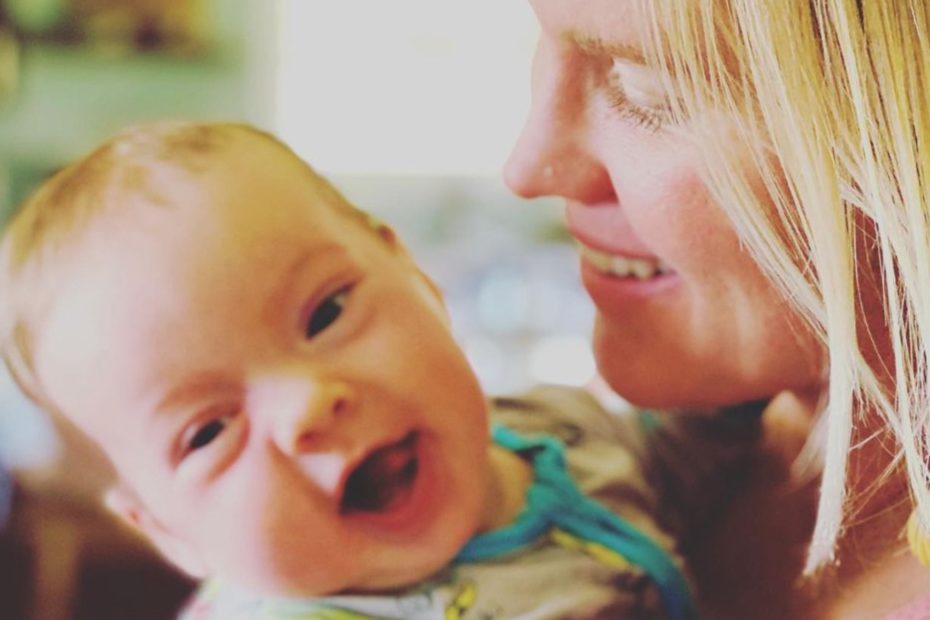 Surfer Bethany Hamilton Opens Up ‘About Mom Life With One Arm’

Bethany Hamilton is a professional surfer who has overcome all odds. Both as a surfer and as a mother. She is a national surfing champion and a super mom raising three kids.

And she’s able to do all this with one arm.

RELATED: Lineman Kwity Paye Gets Drafted In the 1st Round, Says His Mom Now Is ‘Done Working. She’s Retired’

Here’s a brief background on Hamilton’s journey to catch you up, in case you aren’t aware of her story. You may have seen the major motion picture “Soul Surfer” that is based on her life, which was released in 2011. Or “Unstoppable: The Film“, which is a documentary of her life, released in 2019.

“Known most notably as one of the biggest comeback stories of our era, Bethany Hamilton has become synonymous with inspiration. Her story of determination, faith, and hope has resounded in encouragement worldwide. At the age of 13 as a rising surf star, Bethany lost her left arm to a 14-foot tiger shark, which seemed to end her dream career. However, one month after the attack, Bethany returned to surfing and within two years had won her first national surfing title. Bethany’s foundation of faith has been her backbone; her source of truth, hope, and strength.

At 17 years old, she realized her dream of surfing professionally and she is still an active surf competitor to this day. Bethany has been able to touch a large number of people with her faith message, charitable efforts, and overall spirit. Her greatest joy is being a wife and mother, and she continues to touch and inspire lives globally as a professional surfer, author, and motivational speaker…”

Here’s more on her passion for surfing:

“Surfing has been a way of life for Bethany since she was able to get on a board. She sees her passion for surfing as a gift from God and as what compelled her to go back to the sport against all odds. In 2016 alone, Bethany’s capacity to inspire reached new heights as she beat a six-time world champion and the top-ranked surfer in the world at a major WSL competition. By overcoming some of the hardest challenges and relentlessly pursuing her passion through faith, she has become one of the leading professional surfers of all time. In 2017, she was inducted into the Surfer’s Hall of Fame.”

Might as well place her in the mom’s hall of fame, as well, after you hear this.

Hamilton recently opened up about what it’s like to be a mom with one arm in an Instagram post. It’s clear this ‘disability’ is not that at all, but instead, she’s turned it into a powerful ability.

“Well I’m raising our third son, so the tricks and adaptations are getting better with each child,” Hamilton said. “When they are this young and have the wobbly head and need constant attention, nursing, diaper changes, tummy soothing, lots of sleep and of course smiles, kisses and more. I use my feet to help with diaper changing, lots of pillows with nursing, a baby carrier all throughout the day, and tricky styles of holding to keep baby’s head up.”

If you are similar to Hamilton without a limb or limbs, may this be an encouragement to you to keep going knowing you’re not alone!

“Sometimes it can get frustrating but I just gotta keep moving forward, have lil breaks and keep it positive!” Hamilton said. “Plus I remember I’ve done it before. And as a family we make it work! Loving our lil Micah and looking forward to more life with him!”

Bethany then gave a shoutout to all the mom’s.

“Cheering on all you mommas out there grinding, loving, and doing your best!” Hamilton said.

Hamilton’s Instagram bio has the Bible verse, John 16:33, which states, “I have told you these things, so that in me you may have peace. In this world, you will have trouble. But take heart! I have overcome the world.”

As her foundation is named, “Beautifully Flawed,” because everyone should know there is beauty in the flaws, and purpose in the pain. Keep on going, you can do this!

Shout out to all the mom’s out there. Keep being you and loving your kids well.