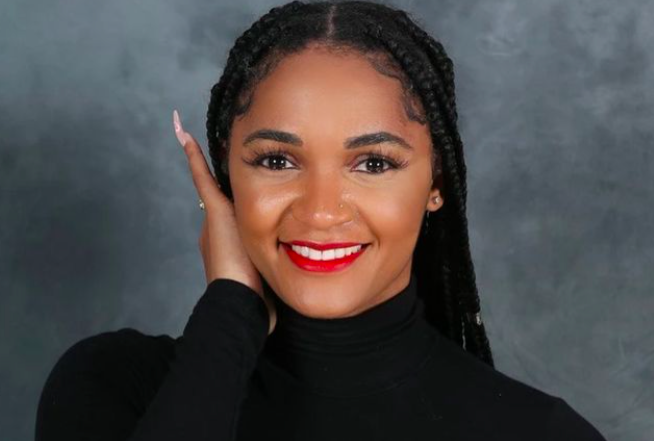 31-Year-Old Sydney Carter, Texas A&M University Basketball Coach, Responds to Fashion Criticism: ‘I Will Continue to Unapologetically Be Myself’

The 31-year-old coach, who is an alumnus of Texas A&M University and a former Chicago Sky draftee, was largely criticized because some individuals argued that this fashion choice was not appropriate for a game. Considering that this is not a particularly unusual outfit choice, Carter admitted during an interview with Good Morning America that the outburst of hate was confusing.

“Just because it was something that I had always done,” she explained. “I wore the pink pants because we were celebrating or honoring breast cancer awareness at our game in Kentucky. I posted my photo and I had no idea that it was going to take off like this, so my reaction was shock.”

Carter has consistently been wearing outfits similar in style throughout the season, so she has a hard time understanding why this one particularly stood out. Typically she can be seen in high heels and funky patterns, never failing to properly coach her team while doing so.

“I’m still getting my job done at the end of the day, and not once have I been hindered in wearing high heels or leather pants or just if I wanted to wear denim on the bench,” the coach commented. “I’m not the first person to wear heels on the bench nor leather pants, and nor will I be the last.”

Yet, having negative comments flood the notifications of her social media still can mentally drain a person. Carter admitted, “Sometimes it just seems like women can never do enough to satisfy everybody.”

She also acknowledged that her status as a Black woman in coaching could affect how the general public chooses to perceive her. The former WNBA player shared, “I’ve never been one to make it about race or anything else. I just know at the end of the day, I’m a Black woman and I can’t hide that.”

In addition, Carter took to Twitter to discuss how she plans to move forward after the controversy. In short, she has no plans to alter her appearance to appease others. “As a Black woman in coaching, I take pride in showing that people who look like me don’t have to diminish our light to appeal to others, whose opinions never mattered anyway,” she wrote.

Carter concluded her message with the sentiments, “I will continue to unapologetically be myself, apply pressure, and show that Black women can express our individuality while doing our jobs at a high level.”