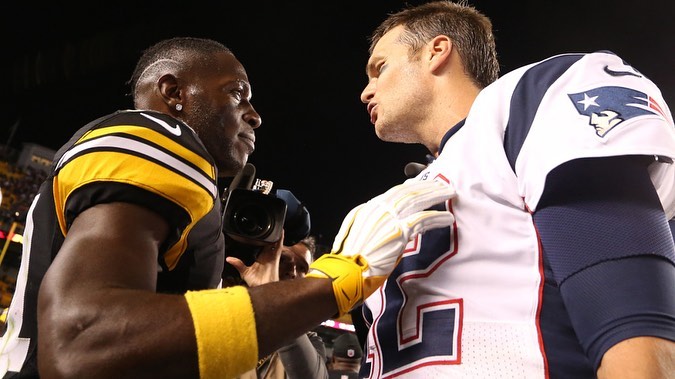 A lot of speculation has surrounded Antonio Brown and Tom Brady ever since Brady signed with the Tampa Bay Buccaneers. Many members of the media predicted that the short-lived duo would join forces again in Tampa, adding yet another outstanding receiver to the Bucs’ offense. However, Bucs’ head coach Bruce Arians was quick to shut these theorists down, saying that “it’s not going to happen.”

Antonio Brown went from dominating the NFL to completely exiled in the span of one offseason. His downward spiral from superstar to outcast become infamous due to his continuous poor decision making, and rash outbursts to those around him.

Brown and Brady played only one game together during the 2019 season, in which Brown had 56 yards and 1 touchdown. While their play on the field was very promising, it was his off-the-field actions that cost the Patriots this QB-WR pair.

Nonetheless, although Brown seemed to be out of the league for good, hopefuls still believed he would team up with Brady again, especially after he took to Instagram to congratulate Brady on his free-agency decision.

During his time on the “Tiki and Tierney” show on CBS Sports Network, Arians stated that Brown joining the Bucs is “not a fit in our locker room,” clearly demonstrating that he has no interest in pursuing Antonio Brown in free agency.

Unlike the Patriots last season, the Buccaneers are in no need of another wide receiver. Therefore, risking the team chemistry just for a minor upgrade is not nearly worth it for the Bucs, and Bruce Arians knows this. The reality of the situation is that Brown’s career may be over, and he has no one to blame but himself.