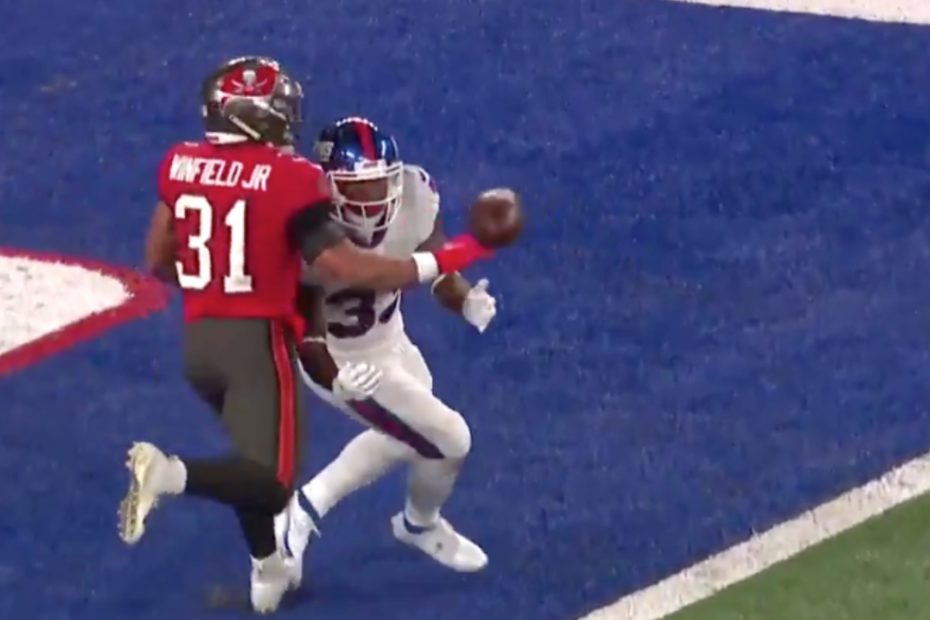 Down 14-6 going into halftime, the Tampa Bay Buccaneers didn’t lose their composure. They stayed the course then came out with a big 25-23 win over a team that they were expected to beat this season, the now 1-7 New York Giants.

And for Tampa wide receiver Mike Evans, who knows a thing or two about being a part of a losing squad, this win was a relief. The Bucs have had just one winning season since 2011. And Evans has been along for the ride since 2014.

“It means a lot,” Evans said via the team’s official transcript, per the NFL. “In the past, we would’ve found a way to lose a game like that. The defense made a play when it counted [and the] offense picked it up in the second half and found a way to win.”

But the “W” didn’t come without some late-game controversy that Giants fans are probably still upset about. It was a two-point conversion that would have tied the game up.

Check out this play:

And according to CBS, the refs picked up the flag that would’ve otherwise called been a pass interference call, giving the Giants another attempt at the two-point conversion. “According to referee Brad Rogers, the two officials closest to the play agreed that there was simultaneous contact between Winfield and Lewis, which doesn’t constitute pass interference.”

In other news, the Bucs also activated Antonio Brown from the reserve/suspended list on Tuesday. Yeah, just another Pro Bowl receiver who Tom Brady can throw to.

Watch out for this Tampa Bay team come playoff time.