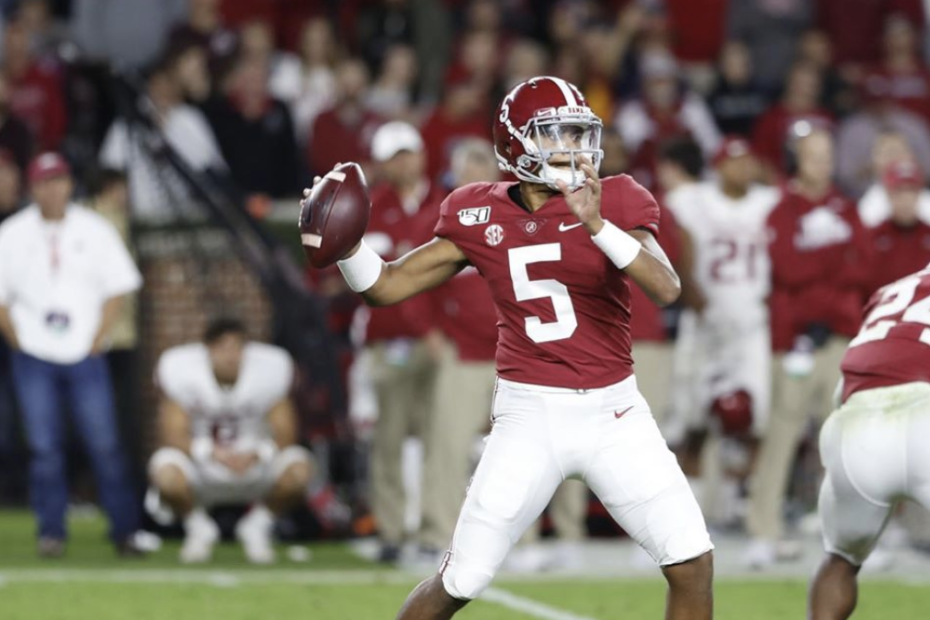 In 2017, Tua Tagovailoa committed to the University of Alabama, where he would play for the next four years. In his senior year, Tua’s brother, Taulia Tagovailoa, began playing backup quarterback for Tua at Alabama.

The Hawaiin Native broke the news in a statement on his Twitter Friday afternoon, in which he stated, “Today, I am blessed to share that I will be continuing my academic & athletic journey at the University of Maryland.  I’m grateful to Coach Locksley & the staff for giving me this opportunity. I can’t wait to get to College Park. God bless & Go Terps!”

RELATED: Who Will Win the NFC South This Year?

Maryland head coach, Mike Locksley already has a connection with the rising-sophomore, as Locksley worked as offensive coordinator at Alabama in Tua’s first three years at the university.

In a press release, Locksley stated, “Taulia has terrific touch and trajectory on throws and delivers the ball with above-average accuracy. He’s a highly competitive player that will bring great competition to a good quarterback room.”

Taulia doesn’t have many college career statistics since he played behind his brother during his freshman year. Taulia had a 75% completion percentage, 100 yards, and 1 touchdown on 12 passes.

Though he is only a sophomore, Tagovailoa looks like he will most likely get the starting job in Maryland.

Taulia is certainly welcome arrival in College Park, as things were quite rough for the Terps last year. In their 2019 season, Maryland went 3-9 and went 1-8 against the Big Ten. The Terps’ passing offense had an atrocious season with a completion percentage of 50.3% while averaging 174 passing yards a game and throwing 16 touchdowns and 12 interceptions.

After hitting rock bottom, the only way for the Terps to go is up, and landing Taulia Tagovailoa is a step in the right direction.