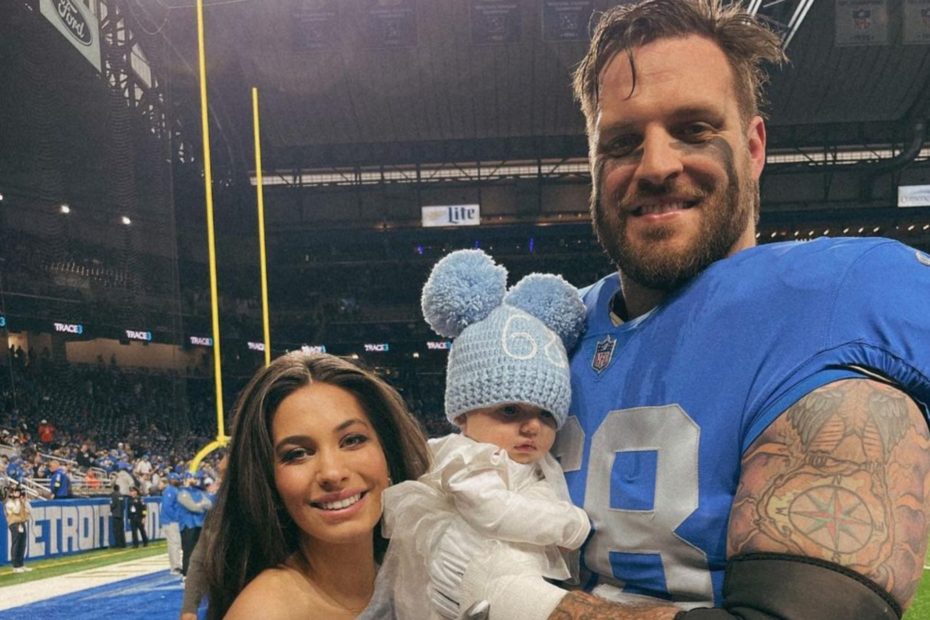 Detroit Lions offensive tackle Taylor Decker had no holds up about blasting FedEx on social media after they lost a month’s supply of his wife’s breastmilk meant for their newborn baby.

“Shoutout FedEx for losing a perishable 24-hour shipment of a month’s supply of milk for my newborn, and responding that there is nothing they can do, and will not reimburse me. What a joke,” the 29-year-old father wrote on Twitter last Friday, explaining that the milk was frozen and saved for the offseason.

The Detroit Lions player, who welcomed his daughter Daisy Faye into the world with his wife Kyndra in October, went on to share that FedEx responded to his tweet asking for more information only for “public perception.” Decker added that he drove to multiple FedEx locations throughout Phoenix in search of the milk, but was unable to track it down.

In addition to the athlete, his wife took to social media to voice her frustrations over the mishap. “Good afternoon to everyone except for @fedex who won’t deliver my 25-pound box full of 180 ounces of breast milk,” Kyndra said on Instagram.

Upon further investigation, she discovered where her breast milk was headed. To her family’s disappointment, it was not to her husband. The mother stated, “My breast milk has been priority expedited to Pennsylvania. A place I have never been to and will never be. Thanks for literally nothing @fedex.”

Although this experience certainly put Decker’s patience to the test, the NFL player is generally enjoying his life as a new father. And, before he was a father, it was what he looked forward to being most. During an interview with the Detroit News in July, prior to the birth of his daughter Daisy, Decker opened up about how having a baby on the way “puts things into perspective.”

“What are your priorities in life? Being a football player, especially when you’re young, you can have blinders on and become very short-sighted, which, at the time, maybe football is all you’ve got,” he explained.

Continuing, he discussed his background as the child of a large family and how he wants the same with his own children. “But we have some guys — [guard Halapoulivaati Vaitai] Big V’s got a family. He’s got kids. You see him being a dad, and it just kinda puts things like that into perspective,” Decker said. “I’ve always wanted a big family because I come from one. So it’s something I’m really looking forward to and I’m excited for it.”