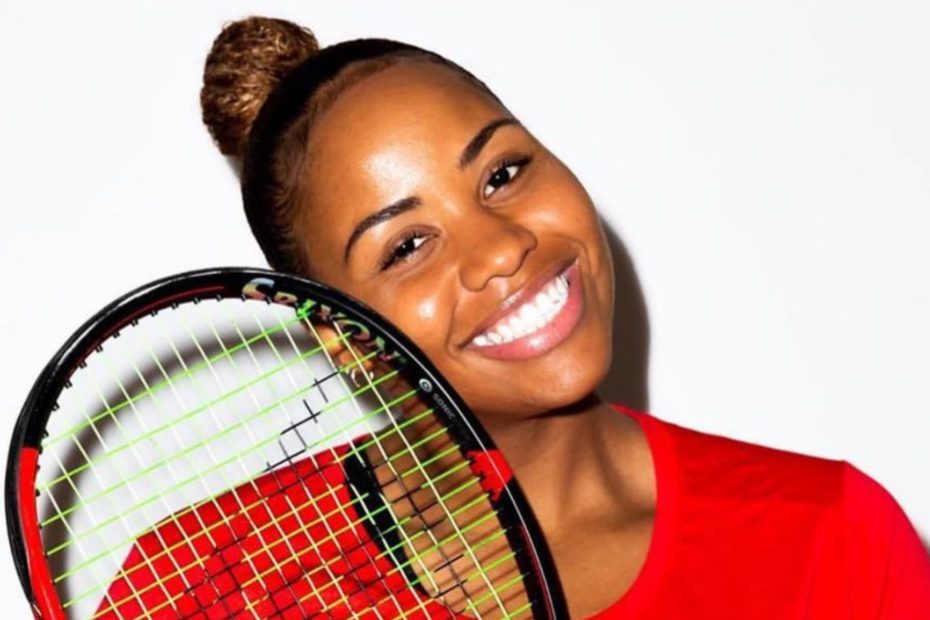 Taylor Townsend says “life has a funny way of putting you exactly where you are supposed to be” and she couldn’t be more excited that that means pregnancy. On October 14, the tennis pro took to Instagram to share a touching video of her time playing tennis over the years.

The video begins with Townsend revealed that at 4 years old she was told she should could because she would never make it in the world of tennis. Yet, despite being told no time and time again, 8 years later, Townsend became the youngest tennis player ever to win the Georgia State qualifier.

As the video continued, Townsend’s message was clear, she will continue to “keep fighting and keep playing” for the respect she deserves in her sport. “My entire life, my entire career, I have heard you can’t. You won’t and I’ve used it as a reason to fight hard. And as motivation to keep playing.”

And now, as Townsend continued, she has “the best reason ever” to keep playing. And if you think what she’s done so far is impressive, the young star says just wait because now that baby Townsend is due in March 2021, the best is only yet to come.

“I’m so excited to embark on the journey of motherhood!!” Taylor Townsend shared in the caption of her post, while hundreds congratulated the 24-year-old. “Omg!!! Congratulations,” a friend said in the comments. “Lemme know if you want help picking things for the nursery.”

WNBA legend Lisa Leslie even offered her best wishes! “Wow! Congrats Taylor!!! I’m so proud of you! Sending you love and blessings!” As did fellow tennis star, Genie Bouchard, writing, “Happy for you 😍 love you.”