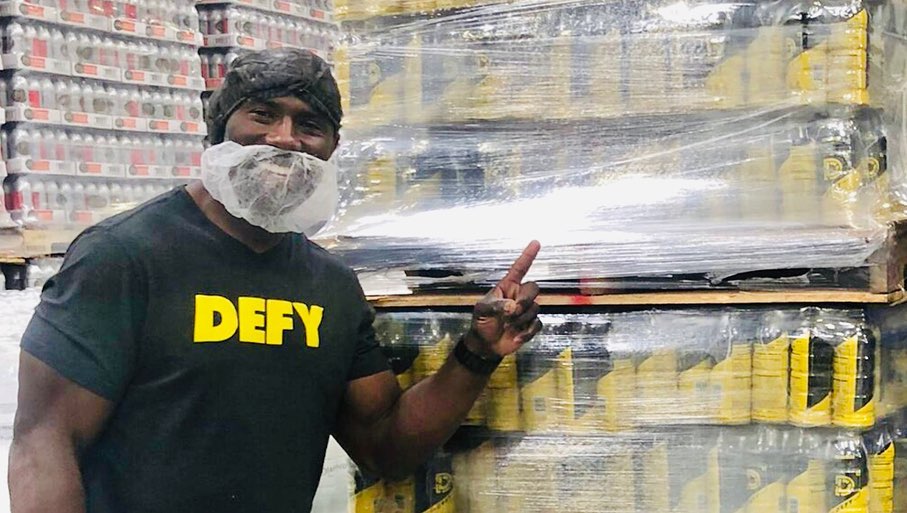 Former Denver Broncos running back Terrell Davis announced that he will be donating $400,000 dollars in order to help people during the Coronavirus epidemic. In addition to donating money, he vowed to donate 50,000 cases of his drink, DEFY.

DEFY is a CBD based energy drink designed for athletes, and Davis explained that he will be donating them to first responders across the US. He will also be donating money to food banks in his home state of Colorado.

In an interview with Fox News, Davis said he saw all of the bare shelves in stores and knew that he had to step up. He also said that donating “Is about leading by example. We’re trying to step up at a time when people are really in need.”

This example that Davis is setting is clearly working, as other NFL stars like Drew Brees and Deandre Hopkins have also donated large sums of money to food banks and coronavirus relief.

In addition to these individual athletes, the NFL in collaboration with the players association has pledged over 35 million dollars to organizations like the Red Cross and the CDC in order to fight Corona. NFL Commissioner Roger Goodell said that he was donating this money because “Now more then ever we need to unify to stay home and stay strong.”

While grateful of the money that the NFL is donating, Davis does not approve of the current NFL draft date due to coronavirus concerns.

The NFL still plans on having their draft on April 23rd, which, to Terrell Davis, is not a good idea. Davis thinks that it should be pushed back at least a month, as the drafting process included more than just looking at player’s videos. This indicates that players need to be tried out and interviewed by teams, a process impeded by the quarantine.