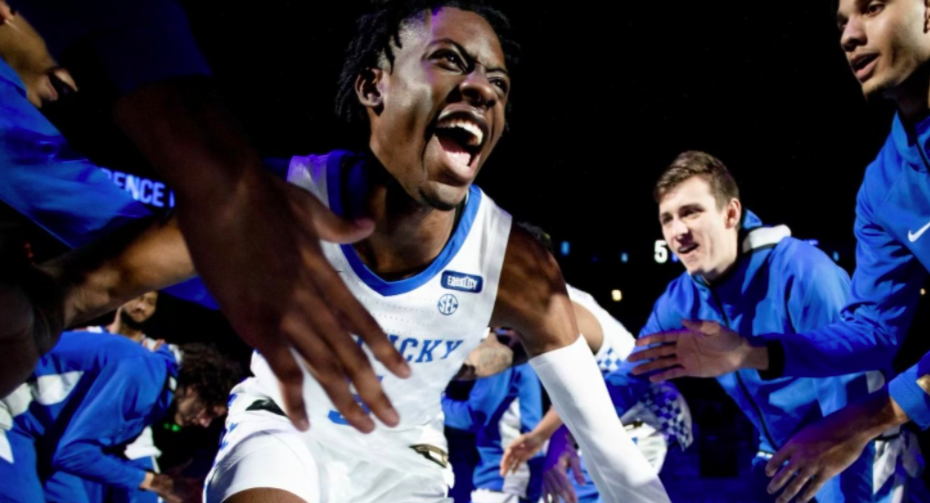 NBA Draft-Bound And Recent University Of Kentucky Standout Terrence Clarke Being Remembered, Honored By So Many: ‘Terrence Clarke Was A Beautiful Kid, Someone Who Owned The Room With His Personality, Smile And Joy. People Gravitated To Him’

It’s been a tragic, devastating past couple of days for so many people, including at the University of Kentucky.

According to University of Kentucky Athletics’ Eric Lindsey: “Kentucky men’s basketball player Terrence Clarke died on Thursday (March 22) after sustaining fatal injuries from a car accident in Los Angeles. He was 19 years old. Clarke had recently completed his freshman season at UK and was preparing for the 2021 NBA Draft.”

“We are stunned by this sudden, heartbreaking tragedy,” Mitch Barnhart, UK Director of Athletics said via UK. “Terrence was a young man who was so full of life and so full of promise. We hurt and grieve with his family, his friends, and his teammates and coaches, and our prayers are with all of them in this unimaginable loss.”

Per UK Athletics: “Clarke announced in March that he was pursuing his dreams of playing professional basketball and had declared for the NBA Draft. Despite missing most of the 2020-21 season with an injury, Clarke remained a talented prospect with a bright future…Clarke was limited to eight games in his lone season with Kentucky in 2020-21 because of a right leg injury. He made six starts and averaged 9.6 points, 2.6 rebounds and 2.0 assists per game.”

“As an adolescent, having the privilege to put on the Kentucky uniform and play in front of the BBN was always a lifelong goal of mine,” Clarke said ‘last month when he declared for the NBA Draft’ via UK Athletics. “Although it was hindered due to things out of my own control, the experience is something I will keep with me forever. I have grown a lot with this experience and I will never take it for granted. … Thank you to Coach Cal, the coaching staff and my teammates! BBN, I hope to make you all proud as a I pursue my dreams.”

“I am absolutely gutted and sick tonight,” Kentucky head coach John Calipari, Kentucky men’s basketball head coach, said via University of Kentucky Athletics. “A young person who we all love has just lost his life too soon, one with all of his dreams and hopes ahead of him. Terrence Clarke was a beautiful kid, someone who owned the room with his personality, smile and joy. People gravitated to him, and to hear we have lost him is just hard for all of us to comprehend right now. We are all in shock.”

Calipari went on to say per UK Athletics: “Terrence’s teammates and brothers loved him and are absolutely devastated. They know we are here for them for whatever they need. I am on my way to Los Angeles to be with his mother and his brother to help wherever I can.  This will be a difficult period for all those who know and love Terrence, and I would ask that everyone take a moment tonight to say a prayer for Terrence and his family. May he rest in peace.”

When Coach Cal landed in LA, he said (via Twitter) he “had some time to think through what has happened while I was on the flight and…wanted to share a few things with you as we all try to process this unspeakable tragedy” and released a touching tribute. You can read the full letter of “From Coach Cal: Terrence Clarke was special” here.

Here’s some excerpts from it:

“His heart was overflowing with love for his family, his friends and his teammates. He was as caring of a person as I have ever coached. His enthusiasm and energy – not just for basketball, for life – are what we all hope to have in our journey. Terrence had figured that part out – that if you wake up every day with a smile on your face and a joy in everything you do, this life is beautiful…Rich Paul, his agent, talked to me right after the accident and we could hardly speak. We were both in tears. When Rich calmed down, he said to me, ‘Cal, he was going to be a first-round draft pick. The stuff he was doing, the shape he was in and the mission he was on, he was going to do this.’ It makes me even more devastated…

Coach Cal also addressed how some of Kentucky’s “current and former players…are inconsolable right now” and what he’s said to them, along with what he’d say to “Big Blue Nation” (Kentucky’s fans).

“It is not supposed to happen this way. We are not supposed to lose a young man like this with so much ahead of him this early. I do not question God why things like this happen, but I also don’t have the capacity to understand how it does. I just know that I wish it were me and not him. His life was in front of him. I have had a good run. As I get ready to head to see Terrence’s family, I come back to, what do I say? There are no words I can tell mom, Dex and his family. I just want to be present and be there for whatever they need. My plan is to stay as long as they stay and do whatever I possibly can. Terrence was only with us a short time, but God blessed us when he put him in our lives. We are all better people for having crossed paths with him. Rest in peace, Terrence.”

Beyond Kentucky, the basketball world and beyond has been affected from this devastating news. People are praying for Clarke’s family, friends, and loved ones as his life is being remembered and honored:

Terrence is from Boston and coming out of high school was a “consensus five-star prospect … Ranked as high as No. 8 in the final Rivals rankings and one of the top shooting guards in the country” per his bio on the UK Athletics site.

According to ESPN, “Clarke’s commitment to Kentucky in the fall of 2019 was huge news in Boston, and as a result brought him in contact with members of the Boston Celtics. After Thursday’s win over the Phoenix Suns, Celtics star Kemba Walker said he had gotten to know Clarke, who worked out with Jaylen Brown and Jayson Tatum in the past, and couldn’t really process the news.”

“I did, yes,” Walker said, ‘when asked if he knew Clarke’ per ESPN. “Yes, I did. Very well. Very well. Very, very, very tough. Very tough news, man. He’s a very, very good kid. Just always smiling, always energetic. And he was about to get his opportunity, too. My condolences to his family…It’s a tough time, man. That’s really tough news to hear. I don’t even know what to say. It’s kind of tough. It’s kind of mind-boggling to hear something like that.”

A few people also had some ideas for the NBA to honor Clarke:

Prayers up to all the family, friends, and loved ones of Clarke as they go through the grieving process, along with remembering and celebrating the life of Terrence.