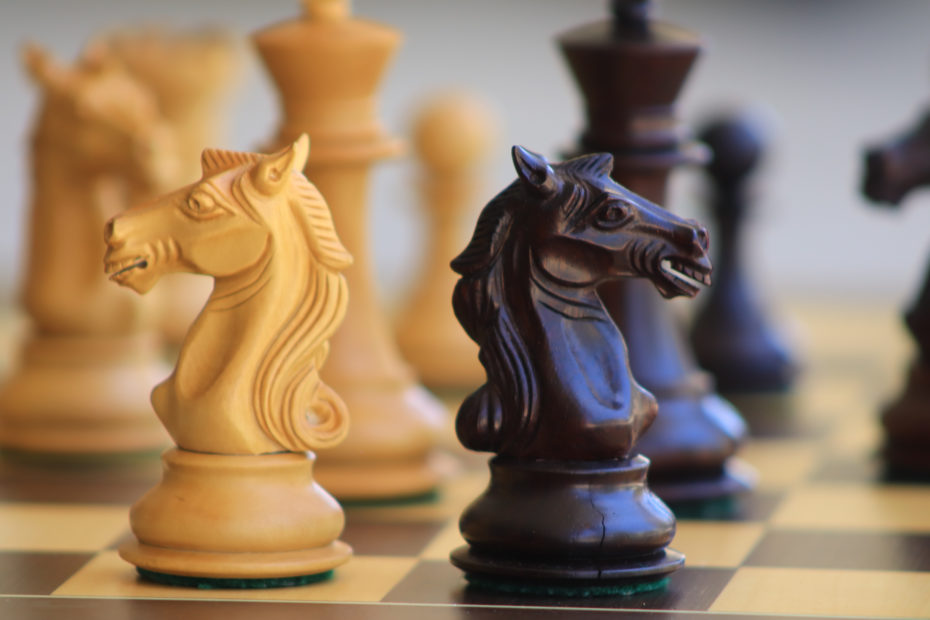 The 25 Best Chess Players in the World Right Now

The following ranking of the current best chess players in the world is based on the FIDE scoring system, which is a well-respected resource in the chess community.

So here are the 25 Best Chess Players in the World Right Now:

Andrey Esipenko, at just 19 years old, has been steadily climbing the ratings and rankings since emergence in 2011. One of the only competitors on this list that fans believe has the capabilities to dethrone Magnus Carlsen, this Russian grandmaster has already gotten the best of Carlsen in the 2021 Tata Steel Chess Tournament at just 18 years old upon playing against Carlsen for the first time in his career.

He is the only teenager to ever beat Magnus while he has possessed the title of world champion, and one of only two teenagers to make this list.

Wei Yi, one of the most notable child chess prodigies in history, broke Magnus Carlsen’s record for becoming the youngest player to reach a rating of 2700 at the young age of 15. He is the eighth youngest ever grandmaster, and proudly represents his home country of China.

Relatively speaking, this is the beginning of Wei Yi’s career, and much pressure is on him to perform at the same level he did in his junior years. At just 22 years old, Yi is still trying to accomplish the same level of fame in the adult chess world as he did in his youth.

Nikita Vitiugov, a 34-year-old Russian author and grandmaster. Though holding admirable skill, Vitiugov has had a stagnant career in recent years, though managing to keep his rating relatively steady. Having his biggest successes in 2005-2007, only time will tell if this competitor will ever climb up the rankings.

Vidit Santosh Gujrathi, another one of the most consistent players on this list, is an Indian super grandmaster with a rating that has been rising slowly but surely over the last decade. Though he does not have many notable achievements compared to many of the super grandmasters on this list, Vidit Santosh Gujrathi (at a mere 26 years old) has the potential to shake up the chess world in the future.

Dmitry Andreikin, who rapidly gained momentum in his career in the early 2000s, is a two-time Russian champion and became a grandmaster at the young age of 17. He currently has a rating of 2728, and has been either steady or slowly but surely rising over the years. Though his greatest victory so far occurred in 2013, it is likely that Dmitry will have many more future successes.

Veselin Topalov, aged 46 and currently ranked number 20 in the world, has had a turbulent career with significant high points. He has been ranked number one in the world in three separate years, reaching his peak rating and performance in 2015. He currently has a rating of 2730 – a 96 point difference from his highest career rating. Most successful between the years 2004 and 2016, this Bulgarian super grandmaster has been on a steady decline in victory rate for several years now.

Hikaru Nakamura is an American chess player whose roots lie in Japan. Named best in the United States in multiple years, Hikaru Nakamura has had a long, successful, and undeviating career. Though ranked number 19 via his general rating, he is currently the highest ranked blitz player in the world, holding an impressive score of 2900.

Sergey Karjakin became the youngest ever grandmaster at just 12 years old, and has given Magnus Carlsen a run for his money in several competitions, but most notably in 2016 when he pushed Carlsen into multiple tie breakers. At 31 years old, this Russian competitor is known for his defensive style of play. Many chess enthusiasts view him as one of the few current players that is capable of taking the world champion title away from Magnus Carlsen.

Hao Wang, one of the most unwavering players in the game, is a super grandmaster from China. He had a fantastic career in his youth, beating many grandmasters at his beginning tournaments, despite having no title. He recently announced his desire to retire, so it is likely that he will eventually be removed from this list.

Vizwanathan Anand is considered to be the greatest Indian chess player of all time. One of the oldest players on this list, Anand has managed to make a name for himself despite the delayed take-off of his career and his inconsistent statistics.

Jan-Krzysztof, who is only 23 years old,  is one of the youngest to be a considered a super grandmaster.  With a rating of 2756, this young and eager player has plenty of time to grow and evolve within the chess community.

Leinier Domoniquez Perez is a Cuban-American world champion who has consistently been in the top 15 players since his induction as a grandmaster. Even though he is 38 years old, he has been on a continuous incline throughout his career, and in 2018 was second to Fabian Caruana in the USA championship. He currently has a rating of 2760.

Maxime Vachier-Lagrave, French super grandmaster, has achieved the 7th highest rating in history and has spent much of his time since 2016 placed within the top 5 chess players in the world.

Teimour Radjabov, who has only recently worked his way back into the top dozen internationally ranked players, currently has a rating of 2763. He hails from the same city (Baku, Azerbaijan) as [arguably] the best player in history, Garry Kasparov.

Shakhriyar Mamedyarov is a super grandmaster from Azerbaijan, and can hold his own against even the toughest components – including Magnus Carlsen. A decorated player who holds the 6th highest rating of all time, Mamedyarov was once the number two ranked player in the world and regularly competes for the gold with fellow Azerbaijan resident Teimour Radjabov.

Richard Rapport, who doesn’t compete in many world-class or professional level tournaments like the majority of players on this list, claims that this is because he does not have any financial support to compete as intensely as many of his co-grandmasters.

Alireza Firouzja, who is a resident of France but born in Iran, is the youngest player in the world with a score greater than 2700 and is the only teenager in the top 15 players in the world.

Alexander Grischuk, known as one of the world’s best blitz players, has consistently been a world class competitor for years and has earned the title of super grandmaster. Alexander is from Russia, and currently has a rating of 2773.

Anish Giri, whose family is rooted in the Netherlands, has competed in every Olympics since 2010, and is a four time Dutch champion. The national star and international competitor has a rating of 2774 as of now, and as a young chess player, still has many years to upset the competition.

Wesley So is a Filipino-American chess player and grandmaster, and at age 15 became the youngest player to reach a rating of 2600, surpassing the record of Magnus Carlsen. He currently sits at number 6 in the international rankings and possesses a rating of 2778.

Levon Aronian is an Armenian super grandmaster and has spent many of the last 20 years ranked within the top 10 to 20 chess players in the world. He has also achieved the fourth highest rating of all time, beat out only by the three best chess players in history.

Ian Nepomniachtchi currently has a score of 2799 and is set to face Magnus Carlsen in the world championship. He is a Russian super grandmaster and has held his own against many of the greats, such as Garry Kasparov.

Liren Ding held the longest win streak record until Magnus Carlsen claimed the title for himself in 2019. Many avid chess watchers believe that Ding is Carlsen’s top competitor, with Ding having tied for the tenth highest overall ranking of all time (Ding once had a rating of 2816), and having been within the top 5 best chess players in the world since 2018.

Fabiano Caruana is from the USA and is currently ranked second in the world after Magnus Carlsen. He has a rating of 2800. As a child, Fabiano broke the USA record for the youngest grandmaster, which was a title previously held by respected American chess player Hikaru Nakamura. He was also the youngest Italian to ever become a grandmaster, reaching this benchmark at just 14 years old.

Magnus Carlsen is a grandmaster and current world chess champion. He is considered one of the best to ever play the game, if not THE best. In 2004, Carlsen, who was 13 years old at the time, became the second-youngest grandmaster ever, and in 2009 became the youngest player to ever reach a rating of 2800.

In 2011, Magnus reached the number one world ranking, and still holds that title today. He also recently broke the wins streak world record with an impressive 125 undefeated (scored either a win or a draw) matches. He hails from Norway and has a current rating of 2855.