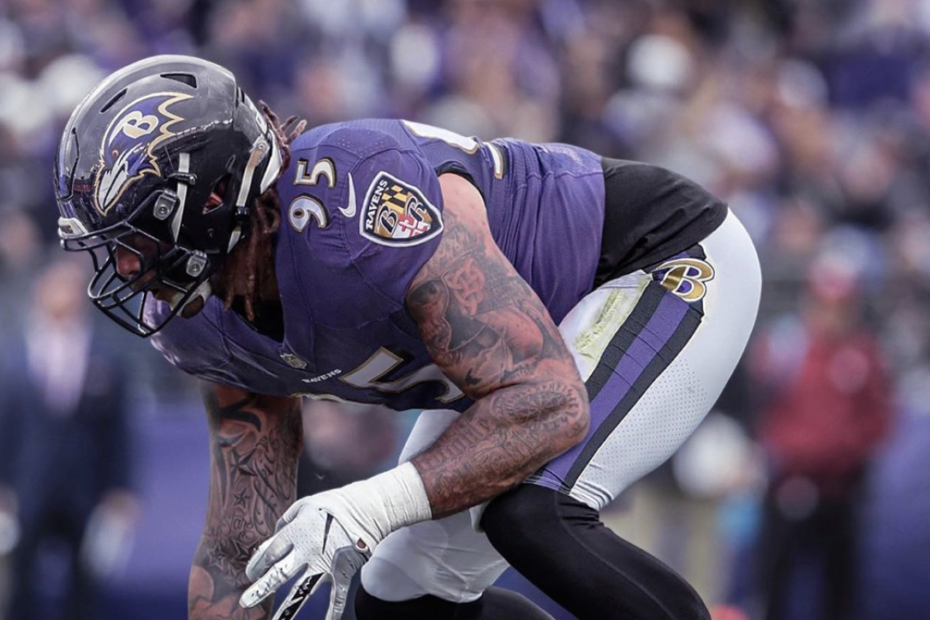 The Baltimore Ravens Should Be Considered Super Bowl Favorites Next Year

The Baltimore Ravens are coming off their best regular season in franchise history. They had a franchise-high record of 14-2, went on a 12 game win streak, set the record for most team rushing yards in a single season, and became back-to-back AFC North Champions for the first time since 2012.

Despite their tremendous regular season, the Baltimore Ravens came up short in a 28-12 Divisional Round loss to the Tennessee Titans.

Though the Baltimore Ravens have yet to have any success with Jackson in the playoffs, they should still be considered Super Bowl favorites in the 2020 season.

One of the reasons the Ravens should be considered favorites is they are largely the same 14-2 team that they were last year. One facet of their team that is the same as last year is their running corp.

Mark Ingram is a fantastic veteran running back who had his third 1,000+ rushing yard season last year. Ingram has brought valuable leadership to a young Ravens team. Gus Edwards is also a great compliment to Mark Ingram as a big 6’ 1’’, 239 lb back. Finally, who could mention the Baltimore Ravens run game without mentioning Lamar Jackson?

Jackson ran for over 1,200 runs last year and can turn a hopeless 3rd & 12 pass play gone wrong into an easy 1st down. Not to mention Ronnie Stanley and Orlando Brown Jr. are incredible bookend tackles that have had success stopping some of the best edge rushers in the game such as Nick Bosa and TJ Watt. No team can run quite like Baltimore.

Though Don Martindale is one of the better defensive coordinators in the league, he is very outshined by the rest of the Ravens coaching staff. Jim Harbaugh has been absolutely essential to the development of Lamar Jackson.

His close attention and friendship with Lamar have helped the young quarterback flourish into the MVP he has become. It was nothing short of a miracle that the Ravens were able to hold on to their offensive coordinator, Greg Roman. Roman has created an ingenious game plan for the Ravens filled with many RPO plays to compliment the Raven’s strong running and Lamar Jackson’s accurate passing.

Over the course of the last season, the Baltimore Ravens have built one of the most underrated secondaries in the league. It starts with the veteran leadership of Earl Thomas III.

Though he has not played as well as he had in previous years, Thomas brought a much needed veteran presence to a young Ravens defense. Jimmy Smith and Marlon Humphrey have matured into lock-down corners over the past year, and both could easily be the number cornerback on many teams.

Lastly, Eric DeCosta got away with robbery when he snagged All-Star Marcus Peters from the Los Angeles Rams for only a fifth-round pick. Peters did nothing but add to the success of one of the best secondaries in the NFL.

Those who follow the Ravens know they have always had a great tight end corps over the past 10 years. Whether it be Todd Heap, Dennis Pitta, or now, Mark Andrews, the Ravens always have a stud at tight end.

It seems that Joe Flacco’s affinity for tight ends rubbed off on Lamar Jackson, as the Ravens leading receiver last year in yards and receptions was Mark Andrews. On the other side of the coin, Nick Boyle is a fantastic blocking tight end who has helped extend so many run plays. Though they lost Hayden Hurst in a trade to the Falcons, the Baltimore Ravens tight end corps is still fantastic.

Eric DeCosta is one of the smartest General Managers I have ever seen. DeCosta has gotten All-Stars like Peters for peanuts.

DeCosta has also managed to trade his way to having five picks in the first three rounds and seven picks in the first four rounds of this year’s draft. Though Ozzie Newsome was still General Manager back in 2018, DeCosta still played a pivotal role in the Ravens past two crazy successful drafts.

3 of the Baltimore Ravens picks in 2018 would go on to play in the 2020 Pro Bowl, and Lamar Jackson became league MVP. Last year, DeCosta drafted a great combination of receivers in Marquise Brown and Miles Boykin, as well as a steal in edge rusher, Jaylon Ferguson. Simply put, the Ravens would not have won the division title the past two years if not for Eric DeCosta.

Many people have criticized Lamar for his misfortune in the playoffs or his “poor passing”, but the fact of the matter is is that Lamar is a generational talent.

Most running backs in the NFL can not run as fast or explosively as Lamar Jackson, let alone other quarterbacks. Also, many criticize Lamar for his poor passing, but these people have clearly rarely watched him play. Lamar Jackson has exceptional vision and makes fantastic plays on a regular basis with his arm instead of his legs.

For the first time in Ravens history, Baltimore is an offense-focused team in the Lamar Jackson Era. The Ravens have a relatively easy schedule next season, so it will be interesting what Baltimore does with a clean slate.