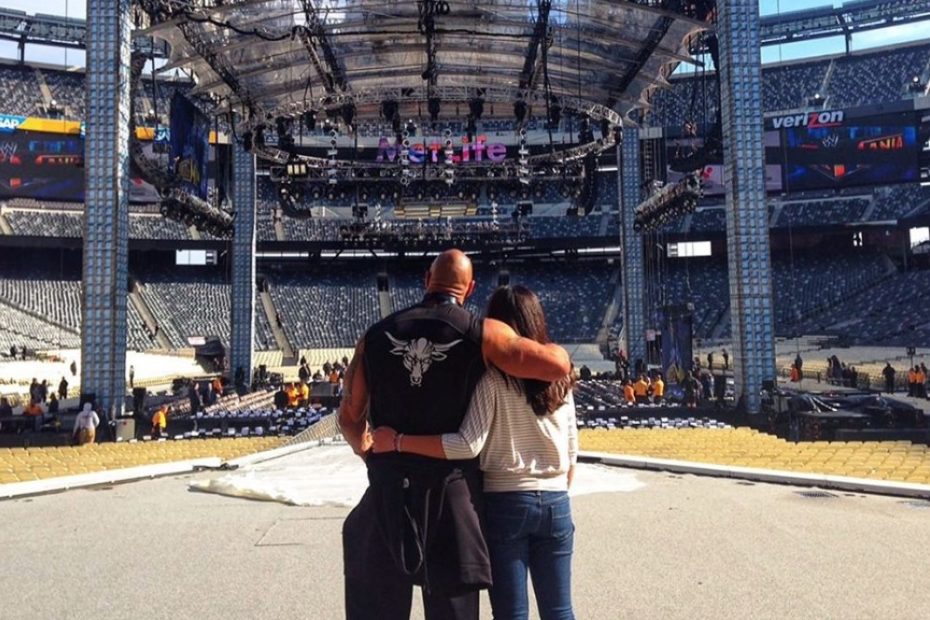 Former football player and retired WWE wrestler Dwayne ‘The Rock’ Johnson is a very proud father right now. While talking with Jimmy Fallon on The Tonight Show last week, the father of three girls revealed that his oldest daughter is following in his footsteps.

As Johnson shared with Fallon, his 18-year-old daughter Simone Johnson recently signed her very first contract with the WWE. Her decision to get into wrestling makes her the first four-generational athlete in professional wrestling.

YOU MAY ALSO LIKE: Matt Stafford’s Twin Daughters Ace Snack Challenge In the Most Adorable Way

“She signed her contract with the WWE, it just blows my mind. First of all, I mean, what an honor that my daughter wants to follow in my footsteps,” The Rock said.

“But, more importantly, ‘follow in my footsteps’ sounds cliché, but she actually wants to blaze her own path, which is just so important. She wound up being the youngest signee in the history of the company.”

And this isn’t something Simone just decided to do on a whim and used her father’s connections to make it happen. As the proud dad explained, she’s been quietly working towards this goal for years.

As a result, Simone is now the youngest signee in the history of the WWE.

“She was working her a** off. Quietly, under the radar, in the ring, getting thrown around, and all the bumps and bruises that go with pro wrestling,” The Rock added.

As Fox News reported, along with her father’s career with the WWE, her grandfather, the late Rocky Johnson, who passed away just a few months ago in January, and her great-grandfather Peter Maivia also had their own professional wrestling careers as well.

In February, Simone took to her Instagram page to reveal that her dreams were finally coming true. “To the little girl who fell in love with wrestling and said ‘this will be my life one day,’ this is for you. I’m humbled, grateful and ready to work. Let’s do this.”

Congratulations, Simone! We know you’ll do your dad and entire family proud.