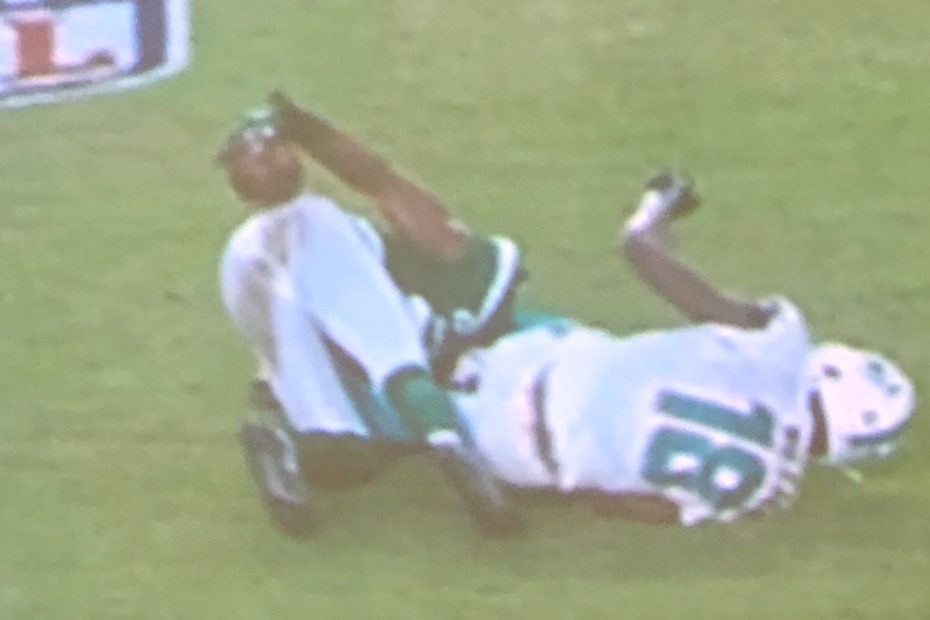 People Are Saying This ‘Butt Interception’ Is the Pick Of Season So Far, So Find Out for Yourself

People Are Saying This ‘Butt Interception’ Is the Pick Of Season So Far, So Find Out for Yourself

This interception you are about to witness has been dubbed the “interception of the year” by almost everyone. By now, if you are any sort of football fan, we’re sure you have heard about and remember the “butt fumble.”

If not, here’s a quick refresher. The butt fumble occurred in 2012 when former Jets quarterback Mark Sanchez ran directly into the backside of one of his own teammates and fumbled the ball.

Well, now the Jets are known for yet another play thanks to one of its players’ backsides. Luckily, this particular play was in favor of the Jets.

Forever, known as the “butt interception,” Free Safety Marcus Maye will go down as the player to make it happen.

The interception came in the fourth quarter with just under 13:00 left to go in the game. The pick took place during a Dolphins 1st and 10 on their own 29-yard-line.

As the replay shows, Fitzpatrick stepped back to make a deep pass intended for wideout Preston Williams. However, the ball didn’t end up in Williams’s hand.

Instead, the ball ended up being a little short, and that’s where Maye steps in. Maye bobbles the pass a little, holds the ball with his backside, finds a way to secure it, and, you heard from the commentator, the ball never touched the ground. That’s what you call an interception.