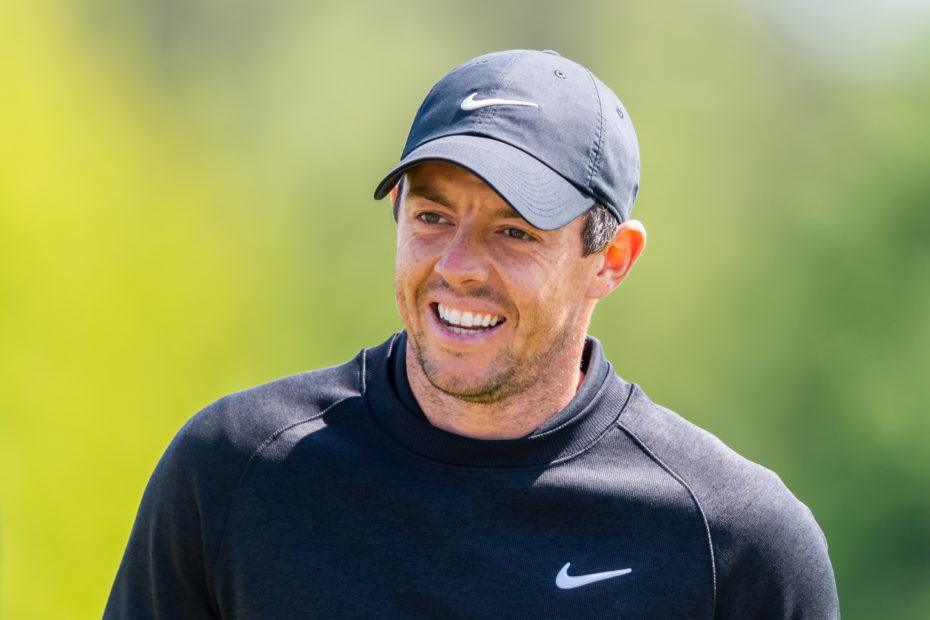 Tiger Woods and Rory McIlroy are officially business partners, having announced the creation of TMRW Sports – along with Dick Ebersol and Mike McCarley. It’s an exciting announcement that came days after the PGA Tour unleashed their improved structure, schedule, and more.

At first, we were unsure of what to expect from TMRW, but that all changed when McIlroy announced the creation of a new, virtual, tech-infused, team golf league set to kickoff in January 2024. Even better, they’re partnering with the PGA Tour and will complement the Tour schedule.

RELATED: 15 Unique Ways to Enjoy a Sporting Event If You Can’t Be There in Person

Let’s talk about this new golf league that Tiger Woods and Rory McIlroy are raving about. The league is called TGL and will feature six teams of three PGA Tour players. Matches will take place in a tech-infused stadium with a virtual course, fit with a tech-enabled fan experience.

According to McIlroy, “TGL will tap into the appeal of team golf within an exciting, fan-friendly environment, comparable to sitting courtside at an NBA game.” Fans can catch the experience live at the stadium or on primetime television – either way, it’s going to be golf reimagined.

What Tiger Woods and Rory McIlroy are doing is bold, but it’s what the game – and the PGA Tour – need right now. As we await more news about what to expect from the TGL and which players will join in, let’s take a look at some of the other ways technology has changed golf.

Golf carts were once the biggest technological advancement in golf – making 18 holes go by much faster and easier. Over time, golf carts have seen a number of improvements to enhance a golfer’s experience. For example, many carts feature high-performance lithium batteries.

Not only that, but golf carts today are fit with a tablet that acts as a personal caddy – it tells you the weather, gives you a map of the hole you’re on, tells you how far away you are from the hole, and even helps keep carts on the cart path. Most carts even have bluetooth speakers.

Some people would rather bypass the golf cart and elect to walk 18 holes – the traditional way. While those people will have to do without the technology that comes with a golf cart, they can make up for it with a quality range finder – a piece of tech that every golfer should invest in.

Whether you’re playing recreationally or professionally, most golfers would do anything to perfect their swing and improve their game – anything that’ll help them knock a few shots (or even one shot) off their scorecard. If this sounds like you, enter shot-tracking technology.

With sensors attached to your club’s grip, golfers of all skill levels can track their stats like never before. Players receive next-level, advanced statistics about their game, giving them greater insight into how they play with certain clubs. It’s an excellent way to improve your overall game.

When most people think about tech advancements in golf, they think about software and artificial intelligence, but they never think about golf balls. In reality, the technology and knowledge around golf balls has evolved greatly and has had a major impact on the game.

In fact, golf balls were once made out of wood. Today, balls are made out of synthetic material and usually contain one or multiple layers (one-piece, two-piece, three-piece, four-piece, etc.). The ball also has a rubber core and dimples on the outside – both of which have evolved.

It’s not just the materials that are used with golf clubs, but the customization of each golf club that makes the most difference. For example, any golfer can now invest in custom golf club fitting to ensure each club is tailored to their specific swing, stance, height, and preference.

Golf shoes aren’t just about looks – although, that does play a role in its popularity. They’re also designed to be comfortable, while providing enough traction to leverage maximum power from the ground. Newcomers might overlook it, but golf shoes can help anyone improve their game.

Golf simulators have changed the way golfers practice and improve their game off the course. They provide a virtually-simulated, life-like environment that mimics the real game – allowing golfers to play golf without stepping foot on the course. It’s worth a try if you haven’t already.

Just think about all those times you wanted to play a round of golf or hit the driving range, but couldn’t due to bad weather or lack of tee times. With a golf simulator, you can golf whenever you want, no matter what the weather is outside. You’ll have an improved swing in no time!

Over the past two decades, TopGolf has helped reimagine the game of golf for many common folk that aren’t interested in playing 18 holes – or those that find the traditional driving range boring. At TopGolf, you can drink, eat, and party amongst your friends while hitting some links.

The best way to imagine the TopGolf experience – for those that have never been – is that it’s similar to a night out bowling, but it’s golf. You and your party will have your own bay and you’ll play minigames that largely focus on hitting certain targets in the well-maintained driving range.

Launch monitors are a lot like golf simulators, but without the picture and graphics. Instead, it’s a small device that uses a radar to measure certain shot statistics – such as shot distance, shot launch angle, approximate location, and much more. Golfers can monitor and analyze the data.

What makes a launch monitor so useful is the ability to use it both indoors and outdoors. It’s quite portable and can be used in your backyard, at the driving range, or hitting into a screen in your basement – allowing you to improve your swing and game from virtually anywhere.

Although often overlooked, it’d be wrong not to highlight the impact technology has had on the care and maintenance of the golf course. Golf wouldn’t be the same if courses weren’t in tip-top shape at all times and we owe it all to the groundskeepers, who are amazing at what they do.

A lot of what they’re capable of is thanks to the technology and equipment they have. Not just that, but technology improves the course in other areas as well – such as the use of drones for security and/or maintenance, and the use of software to better maintain course operations.

Just a few decades ago, getting a proper tee time at a golf course was a chore. Golfers had to call in and hope someone was available or the line wasn’t busy. On the other hand, the courses were keeping track of everything by hand and it was extremely easy to get things mixed up.

With the rise of online tee times, golfers can not only see what tee times are available, but can reserve a tee time and pay for the round of golf – all on their computer, tablet, or mobile phone. It not only makes it easy on the golfer, but it lessens the headache for the golf course, as well.

Although most people elect to play golf with a cart – let’s be honest, it’s the best experience – some people still choose to walk. If you’re one of those people, there’s no shame in allowing technology to at least play a sidekick role in your experience – no one’s going to judge you.

You can still walk your 18 holes, but you won’t have to carry your bag and potentially injure your shoulder – there’s nothing worse than getting a cramp in your shoulder right before your next shot. With a robot caddy, your bag is on a set of wheels that follows you around as you walk.

It doesn’t matter how good or bad you are, everyone wants to know what their final score is after a round of golf. And while there’s nothing better than keeping track of your score with a manual score sheet – who doesn’t love those tine, eraser-less pencils – there may be something better.

Digital scorecards allow you to do much more than keep track of score – they can help you analyze your game and find areas of improvement. You can easily save past scores and compare them over time, while also letting you keep notes and feedback for specific holes.

Putting is something that can make or break a round of golf. It doesn’t matter how well you hit your driver, irons, and wedges, a poor putting game can and will result in a terrible score – considering putting accounts for roughly 40% of a golfer’s total strokes. That’s a lot of strokes!

With a putting machine, you can practice your putting whenever and wherever. Some of them are basic and simply provide a turf strip with a hole at the end, while others are more advanced and will roll the ball back to you. Of course, that’s just the beginning of what they can do today.

We briefly mentioned virtual reality when we were talking about the golf simulator, but VR’s impact on the golf community goes far beyond just that. In fact, it’s bringing golf fans closer to the game than ever before – allowing fans to watch golf pros in VR during live tournaments.

For example, you can experience the excitement of the PGA Tour with PGA Tour VR Live on Gear VR by Oculus. They stream live competitions and tournaments in a virtual setting, often giving fans the best seat in the house. It’s sure to be a staple with Rory and Tiger’s TGL.

What’s Next for Tiger Woods and Rory McIlroy?

Tiger Woods and Rory McIlroy just wrapped up the 2021-22 PGA Tour season. McIlroy played in 17 PGA Tour tournaments this season, only missing the cut twice and walking away with three victories – including an $18 million paycheck for winning the PGA Tour Championship.

McIlroy also finished in the top-five at the Masters Tournament (2nd), U.S. Open (T-5th), and The Open (3rd). It was an impressive season for the 33-year-old and he will look to back it up next year – who knows, maybe he’ll have a few TGL wins, adding to his impressive resume.

YOU MAY ALSO LIKE: 25 Incredible Sports Moments Worth Reliving Again

As for Woods, he shocked the world this season when he returned to golf for the first time since his scary car accident in 2021. He played the Masters Tournament (47th), PGA Championship (withdrew), and The Open (missed cut). Don’t worry, he plans to be back for more next season.