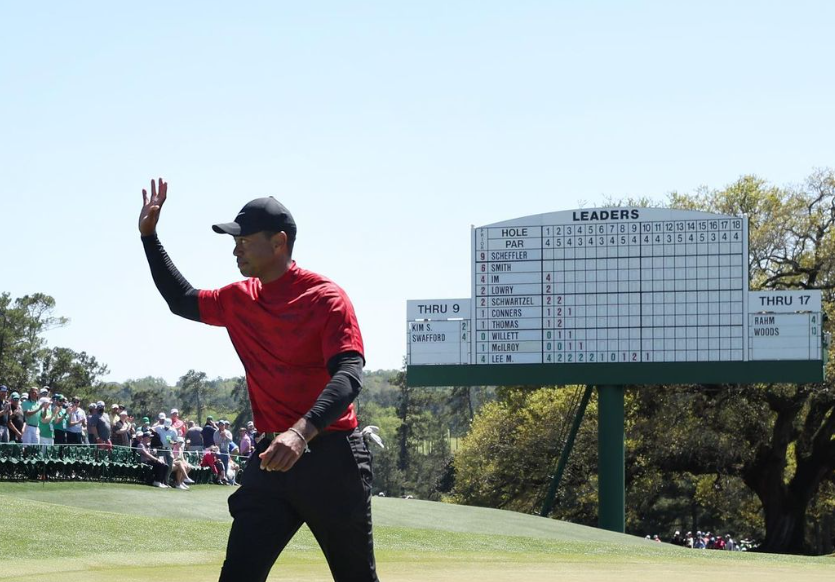 Tiger Woods Will Participate in the 2022 PNC Championship With Son, Charlie Woods; Here are 20 Other Great Father-Son Duos in Sports History

There have been a lot of unique and entertaining father-son duos throughout sports history, but perhaps none of them have the potential to be as great as Tiger Woods and his 13-year-old son, Charlie Woods. He has some big shoes to fill, but Charlie is already forging a name for himself in the golf community.

And for the third consecutive year, Tiger and Charlie will be playing alongside one another at the 2022 PNC Championship – a tournament that pairs 20 major championship winners with one of their family members. The Woods’ duo will be one of several father-son duos taking to the course this weekend.

The tournament will be held on December 17th and 18th at the Ritz-Carlton Golf Club in Orlando, FL.. The Woods’ duo first appeared in the tourney two years ago and ended the weekend in seventh place. They improved upon that finish last year, placing second behind John Daly and his son, John Daly II.

Tiger Woods and Charlie Woods are one of the more interesting father-son duos in sports right now. On one hand, Tiger has had the most impressive career we’ve ever seen out of a golfer (and he isn’t even finished yet). On the other hand, Charlie is showcasing some generational talent at just 13 years old.

By the time Charlie turns professional, which will likely happen when he turns 18, he won’t have any issue blending in with the veterans. In fact, he’ll stick out from the crowd just like his father did in the late-1990s and early-2000s. Considering Tiger was 21 when he turned pro, Charlie’s already two steps ahead.

His son, Tim Hardaway Jr., is playing in his 10th NBA season and fourth full season with the Dallas Mavericks. In 611 career games played, he’s averaging 13.9 points, 2.8 rebounds, 1.9 assists, and 0.6 steals per game. He shoots 36% from long range and makes 2.2 of his three-point attempts per game.

His son, Vladimir Guerrero Jr., recently completed his fourth season in the major leagues – all of which with the Toronto Blue Jays. In 504 career games played, he has a .284 batting average with 104 home runs, 310 RBIs, and 299 runs scored. He’s already a superstar in the MLB at just 23 years old.

Howie Long spent 13 seasons in the NFL between 1981 and 1993 – all of which with the Oakland Raiders. In 179 career games played, Howie had 91.5 sacks and 2 interceptions – resulting in eight Pro Bowl honors and one Super Bowl championship. He was inducted into the Hall of Fame in 2000.

Keith Tkachuk spent 18 seasons in the NHL between 1991 and 2010 with the Thrashers, Blues, Jets, and Coyotes. In 1,201 career games played, Tkachuk scored 538 goals and dished 527 assists for 1,065 total points. He scored at least 50 goals in back-to-back seasons and was a two-time All-Star left winger.

The Matthews family is one of the biggest families in NFL history. It started with Clay Matthews Sr., who spent four years in the NFL between 1950 and 1955. He had two sons play in the NFL – Clay Matthews Jr. and Bruce Matthews. Bruce was a Hall of Famer, while Clay had an illustrious career himself.

Dale Earnhardt Sr. is one of the most iconic NASCAR drivers of all-time. He raced in 676 NASCAR Cup Series’ races between 1975 and 2001. During that time, he had 76 wins, 428 top tens, and 7 poles. He was a seven-time Winston Cup Series Champion, which is tied for the most championships all-time.

His son, Dale Earnhardt Jr., followed in his footsteps and raced in 631 NASCAR Cup Series’ races between 1999 and 2017. During that time, he had 26 wins, 260 top tens, and 15 poles. He still competes, but only in a part-time role in the NASCAR Xfinity Series. His last NASCAR Xfinity race was in April 2022.

Father-Son Duos Currently on the Come-Up

Tiger Woods and Charlie Woods are one of the greatest father-son duos in the sports world today, but they’re not the only ones shocking us with their talent. For example, we recently learned that Kiyan Anthony, the son of Carmelo Anthony, has received a scholarship to play basketball at Syracuse.

In the MLB, we have several talented prospects with familiar last names – speaking about the sons of Manny Ramirez (Manny Jr.), David Ortiz (D’Angelo), Keith Foulke (Kade), Gary Sheffield (Jaden, Christian, and Noah), and Pedro Martinez (Pedro Jr.). They could all be in the league at some point.

YOU MAY ALSO LIKE: Carmelo Anthony’s Son Gets Scholarship at 15 and Other Kids of Athletes Who Seem to Have Impressive Futures

We would be remiss not to talk about LeBron James’ sons – Bronny (senior) and Bryce (sophomore) – who currently play high school basketball together. If they both continue to improve, they could make a run for the NBA in a few years and potentially play alongside or against their father – one of the best ever.