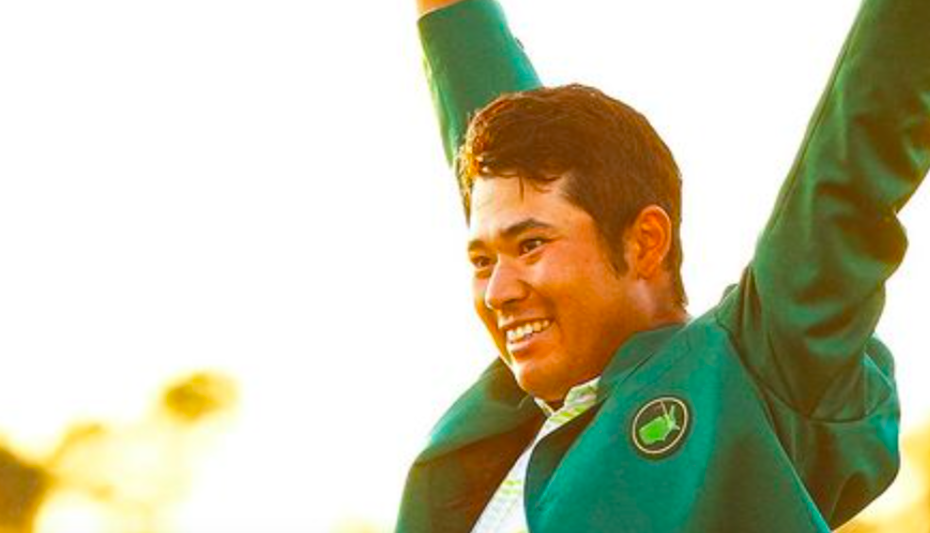 If you’re going to get an historic Masters win, one where you’re not just winning it but winning for a whole country it seems, congratulatory comments rush in.

Hideki Matsuyama, according to the Japan Times, “won the Masters at Augusta National Golf Club on Sunday to become the first player from Japan to claim a men’s major championship”.

That’s major. At a major.

And in a plethora of well-deserved congratulatory remarks, there was one congrats that stood out. From a golfer who just so happens to know a thing or two about the Masters and about winning majors. One of the greatest golfers to ever pick up a club, whom many consider the G.O.A.T. (greatest of all time) of golfers.

Tiger Woods gave Matsuyama a shout out and recognized the historical significance of this Masters win.

“Making Japan proud Hideki,” Woods said in a tweet. “Congratulations on such a huge accomplishment for you and your country. This historical @TheMasters win will impact the entire golf world.”

Hey, Woods may have been even able to congratulate his golfer comrade in Japanese because he learned some of the language (at least in a 2019 promotion) when Matsuyama taught “Tiger…Rory McIlroy, and Jason Day a lesson in Japanese” to promote “‘The Challenge: Japan Skins’ in 2019” according to Golf Digest.

Even if that was all in good fun, it’s important be educated about people’s different cultures and ethnicities and even to learn new languages. The fact that at least four pro golfers got together to learn just a bit of the language is commendable.

Or, if Tiger would’ve congratulated in Japanese, it’d be something like this:

When I mentioned Tiger knowing about the Masters win, he also knew about those other three majors when, as the PGA Tour mentioned, “20 years ago, @TigerWoods held all four major trophies…(the) Tiger Slam”.

If anyone else can pull off another slam, count Hideki as one of a few who could do the same thing, as well.

In the meantime, Japan is celebrating one of its own, going to Augusta and winning this major.

According to the Associated Press via ESPN: “Led by Japan’s prime minister, the country celebrated golfer Hideki Matsuyama’s victory in the Masters — the first Japanese player to win at Augusta National and pull on the famous green jacket”.

“It was really wonderful,” Prime Minister Yoshihide Suga said per the AP via ESPN. “As the coronavirus drags on, his achievement moved our hearts and gave us courage.”

According to the AP via ESPN: “Masashi “Jumbo” Ozaki, who tied for eighth in the Masters in 1973, said he hoped more Japanese male golfers would be inspired by Matsuyama.”

“This is a great achievement for the Japanese golf world,” Ozaki in comments on Japanese media per the AP via ESPN. “And it came about because of Mr. Matsuyama’s own ability to take up challenges, his courage and all the effort that went into that.”