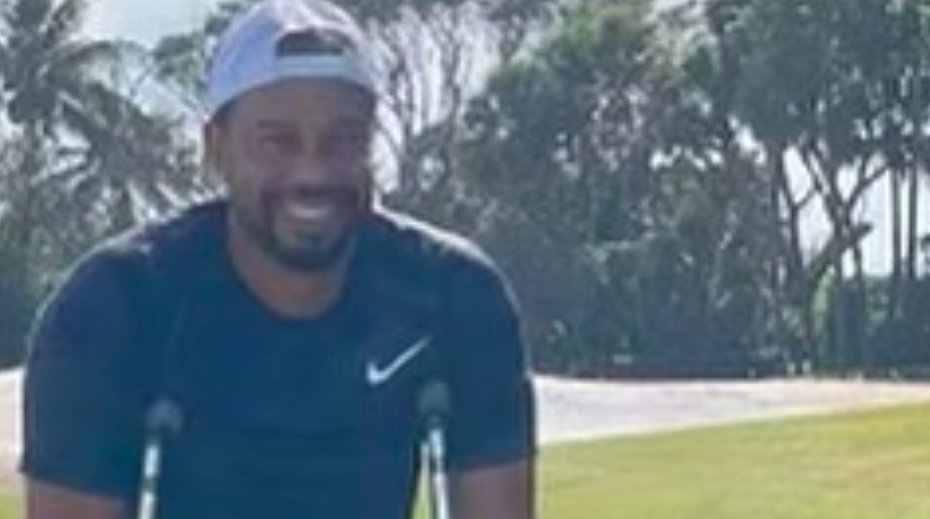 Tiger Woods is still recovering after a horrific car accident. Thankfully he’s at this point, especially since so many people around the world were hoping and praying he’d be okay after hearing the news.

RELATED: Tiger Woods Touched By All The Red Shirts Worn By Pro Golfers In Tournaments: ‘To Every Golfer And Every Fan, You Are Truly Helping Me Get Through This Tough Time’

According to The Wall Street Journal’s Andrew Beaton, “Woods suffered significant leg injuries in a car crash on Feb. 23 outside of Los Angeles that required emergency surgery after first responders pulled him from his wrecked vehicle with a pry bar and ax. The Los Angeles County sheriff said Tiger Woods was driving faster than 80 mph in a 45 mph zone at the time of the Feb. 23 car crash that left him severely injured.”

Now more than three months into recovery after the incident, Woods recently spoke to Golf Digest’s Daniel Rapaport about how he’s been doing.

“This has been an entirely different animal,” Woods said ‘of the post-crash injuries‘ to Golf Digest. “I understand more of the rehab processes because of my past injuries, but this was more painful than anything I have ever experienced.”

Those past injuries span from 2002 until now (as NBC Golf / Golf Channel lists Woods’ lengthy injury history). As the Golf Channel listed, those injuries include his left knee to his neck, to his left Achilles tendon, to a left elbow strain, to back spasms, to more…the fact that he’s telling Golf Digest that “this was more painful than anything (he’s) ever experienced” is saying something.

We pray that Tiger has a healthy recovery. And so many around the world are praying for him, hoping he gets better, even to the point of getting back to golfing professionally again!

“It’s been incredible,” Woods said to Golf Digest. “I have had so much support from people both inside and outside of golf which means so much to me and has helped tremendously.”

Along with rehabbing, Woods in May has also highlighted some of his foundation’s work. The TGR Foundation aims to, per its website, “empower students to pursue their passions through education…Through innovative STEM coursework, college-access programs, digital platforms and educator professional development, TGR Foundation provides resources and support to help youth connect their passions to their purpose.”

And while he’s shouting out his foundation’s work and recovering, he’ll have “man’s best friend” by his side through it all.