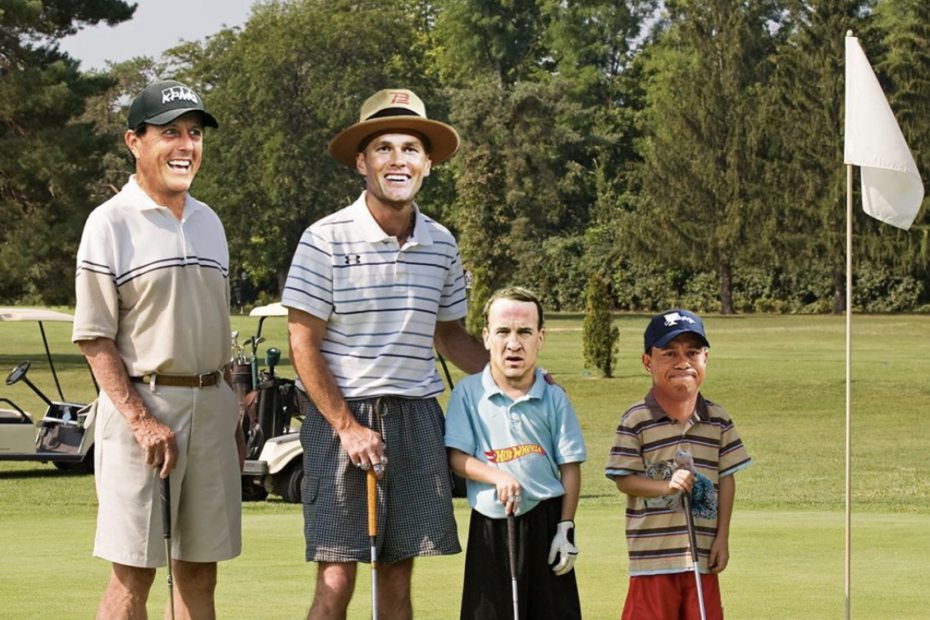 Tiger Woods, Phil Mickelson, Tom Brady, and Peyton Manning will be teeing it up on the golf course in a two-on-two competition dubbed “The Match: Champions for Charity.” As implied in the title, all proceeds garnered through fundraising will be donated to coronavirus relief efforts.

The pairings were revealed by Mickelson on Twitter, indicating Tiger will be matched-up with Manning, and Lefty will play with Brady.

According to Bleacher Report, Turner Sports has confirmed the event will air live on TNT, with details regarding the specific date, venue, and charities still undecided upon.

However, according to reporting by ESPN, the event is likely to take place on Memorial Day at a golf course in Florida, as that is where Woods resides and where Brady has recently relocated to, following his signing with the Tampa Bay Buccaneers.

Florida governor Ron DeSantis has also confirmed he would endorse the event if it were to be held in his state.

“I’d like to see Woods and Mickelson do the golf, or whatever, because that’s social distance,” DeSantis said last week. “You wouldn’t have a gallery there. You wouldn’t have crowds. But to put that on TV, I think people have been starved for content.”

“The Match: Champions for Charity” will be the second time Tiger Woods and Phil Mickelson faced off in their own event, with the previous “The Match” having taken place in 2018. The original match was an intense, down-to-the-wire competition, with Mickelson claiming victory on the 4th playoff hole as the sun set at the Shadow Creek Golf Course in Las Vegas.

The addition of Tom Brady and Peyton Manning will likely increase the competitive environment of the event, as the two future Hall of Fame quarterbacks have spent the better part of two decades competing for NFL supremacy.

While the two QB’s are some of the greatest at their own professional sport, both are avid golf fans, with Manning reporting a 3.5 handicap, while Brady plays off an 8.

Handicaps are a numerical measurement used by ameature golfers to compare their play relative to other golfers. The lower the handicap, the better the player, thus indicating that Manning plays at a higher level than Brady, though both are certainly better equipped than the average weekend player.