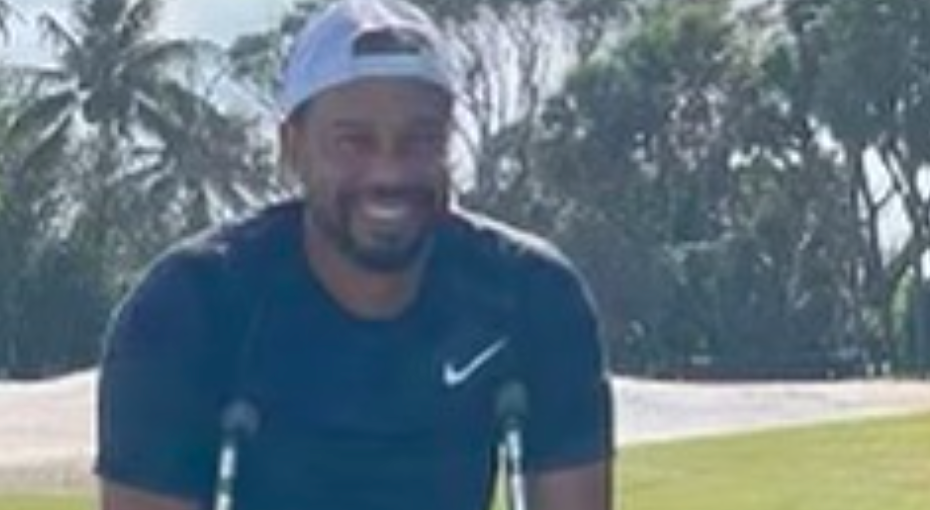 Thankfully, it looks like Tiger Woods is recovering well after what was a scary car crash in February, the PGA Tour reported.

And he’s got a special furry friend by his side as he continues to go through the recovery process. Just take a wild guess at where Tiger is with along his trusty pal in a recent photo he posted while on crutches and in a walking boot.

If you guessed a golf course, you’d be correct. Tiger’s all smiles in the photo he posted on Instagram:

“My course is coming along faster than I am,” Woods said in the Instagram post. “But it’s nice to have a faithful rehab partner, man’s best friend.”

In an effort to keep things light, Woods made light of his situation as he continues to recover, saying his new course is “coming along faster than [he is].”

That course he mentioned is this one below:

Woods and his design company is revamping the Pebble Beach resort and as the post shows, he is very excited about it.

“It’s Opening Day for The Hay!” Woods said in an Instagram post. “@PebbleBeachResorts is on the bucket list for every golfer, and the chance to bring that experience to more people, whether they’re seasoned players or picking up a club for the first time, has made this project an honor for me and @tgr.design.”