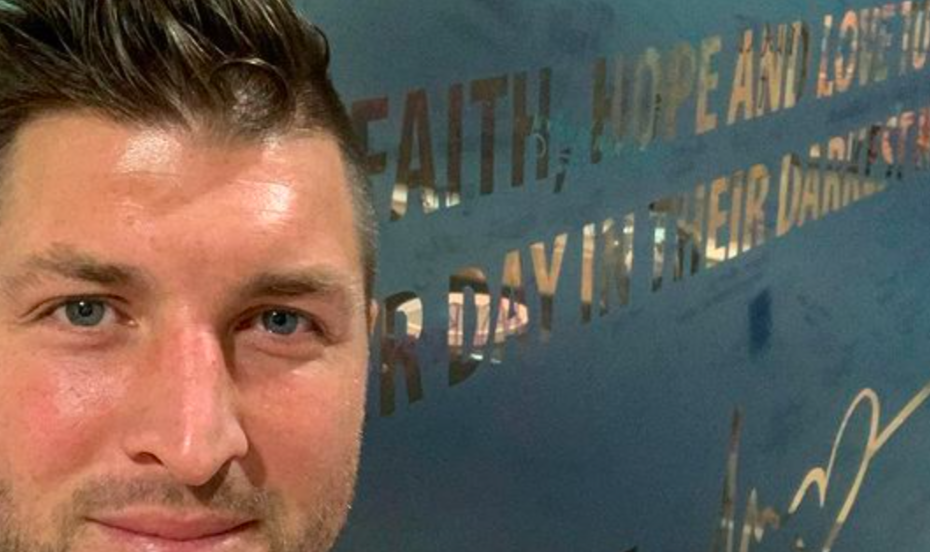 Tim Tebow’s back in the NFL, this time playing just an hour-and-18-minute drive northeast from where he played college football, winning the Heisman Trophy and leading them to a national championship win. Now, he’ll hope to lead the Jacksonville Jaguars to wins alongside first-year Jags head coach Urban Meyer, who was also Tebow’s college coach.

From Gainesville, the home of the Florida Gators, to Jacksonville, the home of the Jaguars, Tebow has now reunited with Meyer after spending time as an ESPN college football analyst and outfielder in the New York Mets system. Just that drive on 301-North then heading East on I-10 separates where the quarterback-turned tight end and head coach had success at as they hope to succeed again, this time together in the NFL.

RELATED: Here’s What Urban Meyer Said About Reports Of Tim Tebow To Be Signed By Jacksonville Jaguars As A Tight End

It’ll also be even more of a homecoming for the Heisman Trophy winner, as “Tebow grew up in Jacksonville and starred at Nease High School before signing with Meyer and Florida in December 2005” per ESPN and the AP.

The Jaguars announced the signing with a statement from the Heisman-winning quarterback.

“I want to thank the Jaguars for the opportunity to compete and earn the chance to be part of this team,” Tebow said in the statement. “I know it will be a challenge, but it is a challenge I embrace. I am dedicated to taking the direction of our coaching staff and learning from my teammates. I appreciate everyone’s support as I embark on this new journey.”

Per ESPN and the AP: “Tebow signed a one-year deal and was on the field Thursday for the team’s offseason program as he sets out to compete for a roster spot. Tebow joined his new team on the field wearing No. 85 — quarterback Gardner Minshew has No. 15 for now — and took part in a voluntary, closed workout.”

The news is refreshing for fans to hear:

When news started to surface that Tebow could possibly be headed to Jacksonville, Dez Bryant said he was “happy for Tebow and want(s) to see everyone succeed”.

That tweet was in response to a previous tweet where he said: “So Tebow ha(s)n’t played an NFL game in…near a decade and it’s that simple…no hate but you got to be kidding me”.

Other people had similar takes when the news continued to surface on May 10 of the possibility of Tebow going to the Jags. People were bringing up Colin Kaepernick, thinking he should also be getting a shot in the league, as well. But others pointed out that you can’t compare the situations as they are completely different, independent of each other.

Bryant, among others who were trying to comprehend how Tebow could make the NFL after not playing in it since 2012, understood the importance of connections and relationships (in this case, the relationship between Urban and Tim).

Dez said “I knew it would cause controversy and it was just to get your attention….. this is not a slight at Tebow”. The wider receiver went on to state “I am saying to wake up and see what goes on and take care of yours…”.

Bryant also said this is why he “preach(es) unity in black society and taking care of US ..lifting each other up…It’s more than getting together and running routes and casually linking up its about truly connecting to build and create. Controlling what we can control and building our community…”

The wide receiver also shorty after that said in a reply to a tweet:

“If I’m (U)rban Meyers I would sign Tebow as well…” Bryant said.

Along with Tebow getting a shot, so is Tyler Gaffney…from baseball to football:

“Another professional baseball player headed to an NFL roster: The #Patriots are signing RB Tyler Gaffney, source said, who most recently spent time with the #49ers, #Jaguars and in the #Pirates farm system,” NFL Network’s Ian Rapoport tweeted. “First Tim Tebow on the Jags, now Gaffney back in the NFL on the Pats.”

Another player getting a shot, reportedly switching to tight end is Kelvin Benjamin:

“Giants are signing former first-round WR Kelvin Benjamin, who is switching positions to TE, per @RapSheet He last played in the NFL in 2018,” Bleacher Report Gridiron tweeted.

Rich Eisen thinks the Tebow signing is great and doesn’t get how people could be upset with this decision. Eisen mentioned ESPN’s Adam Schefter , who noted how “(a)t http://NFLShop.com (Friday), the top five selling items are all….Tim Tebow items.”

The Jaguars website also has Tebow’s jersey listed next to Trevor Lawrence and Trevor Etienne Jr.‘s as Daniel Kaplan tweeted.

Eisen and more people respected that this could be a business decision, as well, good for marketing to help get fans to buy tickets so to not take it personally.

“LoL … it’s strictly business never personal,” Robert Mathis said in reply to Schefter’s tweet on the jersey sales. “When you understand that, people wouldn’t be so triggered by Tebow getting a roster spot. #isWhatitis“.

“The #Jaguars gave newly signed TE Tim Tebow a 1-year, $920K contract, source said, with no guaranteed money and an injury split,” Rapoport tweeted. “The minimum. Not a surprise, but another sign that he’ll have to fight to make the team.”

Fighting to get an opportunity while having faith is something the highly-successful college quarterback knows a thing or two about after his first stint in the NFL then his time with the New York Mets minor league system.

More importantly, though, is how Tim also aims to “fight for those who can’t fight for themselves” as he stood in front of his foundation’s (Tim Tebow Foundation) mission statement in an Instagram post:

While football and fitness are some of Tebow’s passions, so is being a follower of Jesus, giving back to communities around the world, being a husband, making special needs people feel celebrated, and raising awareness for human trafficking.

As all this news was going down and everyone was talking about Tim getting back in the NFL, the Heisman quarterback simply posted an exciting announcement…not of his return to the NFL…but of a grand opening of a community care center in Uganda.

“I’m so excited to announce the grand opening of the Ekisa Tebow Community Care Center in Iganga, Uganda! So grateful for everyone who have come behind @timtebowfoundation and our partner @ekisa_ministries to help build this first of its kind center to help fight for the children and families in Uganda. This center will bring critical support services including comprehensive healthcare, education, counseling, and financial empowerment, and will ultimately help caretakers become their child’s biggest advocate as they learn the inherent, God-given value and worth of all individuals. Thank you for coming behind our mission, we can’t wait to see how this center changes lives!”

As you’re talking, Tebow’s just living his best life. Congrats again, Tim! To the NFL opportunity and to the new community care center in Uganda!