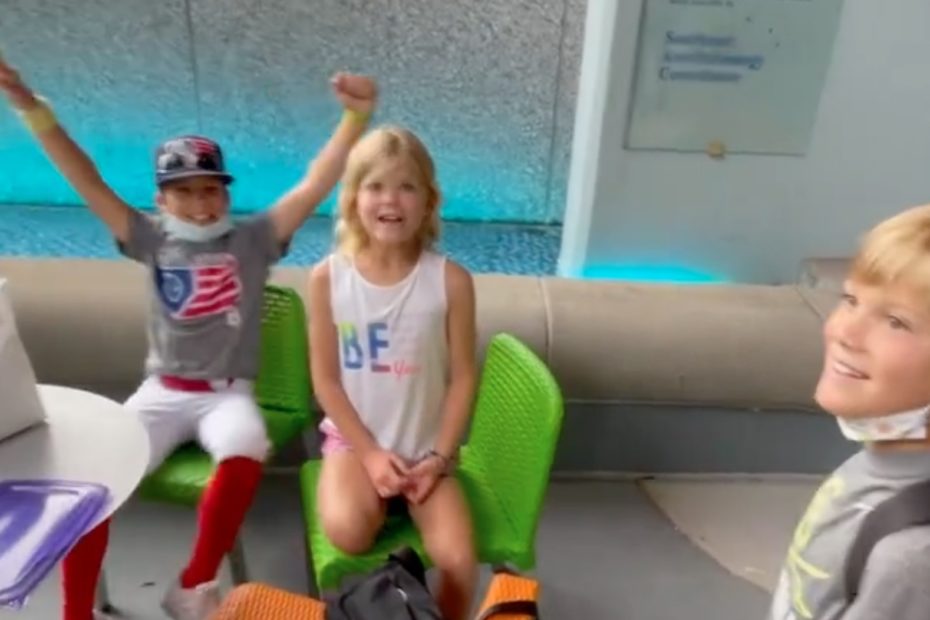 “As many of you know, our son TJ has faced serious heart issues since birth. TJ has already undergone 3 open heart surgeries and has survived with a modified heart for his first 8 years.”

Sadly, despite managing the condition for the last 8 years, it was recently that tests showed TJ’s heart was “reaching its end.” And while the idea of a heart transplant was scary, “TJ has been a fighter since birth. We are going to get through this as a family and be better off as a result of this experience,” Greg wrote.

Just days later, it was revealed that TJ had received a match. It was in the beginning of June that the surgery took place.

“Today is a day of mixed emotions. A day we have prayed for has arrived. We were alerted last night that there was a donor match for TJ to receive his heart transplant. Walking our little boy, with tears of hope and fear in our eyes, was one of the toughest moments of our lives,” the proud father wrote on their 8th day in the hospital, as TJ made his way into the operating room.

He then shared a message to the person who saved their son’s life. “To our generous angel donor, we don’t know who you are or where you lived. But know that bc of your selflessness, our son TJ will have a chance at life. We pray your family finds peace and maybe one day our paths shall cross.”

It was just four days after the surgery that Greg shared a video of TJ awake and talking after the transplant. “Day 4 of TJ’s new heart,” he captioned it.

And while Greg hasn’t given much of an update as to how TJ is healing now that it has been roughly a week since the transplant, the father shared a video with his followers that will put a smile on everyone’s face.

The video revealed TJ talking to his two siblings. In the video, TJ told them that they had found him a new heart, and their reaction will make your heart burst.

Take a look at this video of TJ Olsen and his siblings:

“Exactly 1 week ago, we were notified that we received an offer for a heart transplant,” Greg captioned the video. “A special angel donor, somewhere, allowed TJ to share the news himself with Tate and Talbot. We are forever grateful.”

It’s unclear what is next for TJ, but we hope that more of these special moments are in his future!