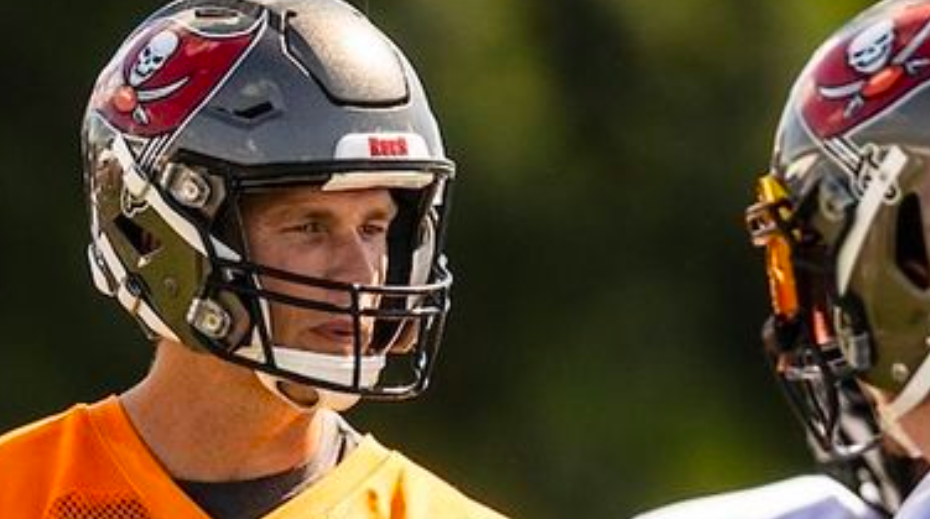 It’s well documented that the New York Giants have beaten the New England Patriots in two Super Bowls, one in 2012 and one in 2008 where the Patriots literally were undefeated up until the big game (per the NFL and confirming via a Google search).

Both Super Bowls had Tom Brady vs Eli Manning against each other under center. Both saw the outcome of the Giants taking home the Lombardi Trophy.

RELATED: Tom Brady Would Rather Have This One Thing More Than Seven Super Bowl Rings

Now, even with those losses, Brady has seven Super Bowls to his name, the most in the history of the NFL. That includes the most recent win with his new team, the Tampa Bay Buccaneers. Yet, it’s also been well documented how much Tom wants that Super Bowl ring for that undefeated-up-until-the-Super Bowl season.

As At The Buzzer recently reported, Brady recently answered this question from Shannon Sharpe about that 2008 Super Bowl on the NFL’s Draft-A-Thon segment.

“Tom, I wanna ask, would you be willing to trade two Super Bowl rings to win that one Super Bowl?” Sharpe asked Brady. “You gotta trade two for one.”

Tom nodded his head and said: “I would. Let’s be real”.

Recently on the Complex Sports Podcast, the Buccaneers quarterback addressed one of the hosts and Giants fan, Zion Olojede, after this apology was presented by him.

“Tom, I’m speaking on behalf of a lot of people, this is not just me, but it is me too…I was a hater, I’m not going to lie, Tom Brady, being a Giants fan, too, I was,” Olojede said. “I kind of held back that you weren’t the ‘GOAT’. I even told Keyshawn Johnson who came on our podcast, I told him Tom Brady’s washed. I would like to formally apologize, Tom Brady. You have proved me wrong.”

“That is very kind of you, Zion,” Brady responded.

“You are the greatest football player we have ever seen,” Olojede admitted. “It is confirmed.”

“Appreciate it,” Brady said. “I got a question for you, though. How can you hate me when you’re a Giants fan? You should love me! That was the only team I never beat, is the (freaking) Giants!”

“I know…I think it’s Boston,” Olojede responded. “I think it’s just the Boston…New York rivalry. I’m from New York so I don’t like any Boston team and you’ve won too much.” Olojede continued jokingly saying: “you gave Boston fans too much (happiness from wins) in their life.”

“Well, I appreciate it,” Brady said. “You certainly don’t need to apologize. But, I understand and apology accepted. But, it’s all good. It’s all good. I gotta figure out how to beat the Giants someday…maybe we gotta have some type of rematch in a championship game.”

A championship game. Hmmm… Well, if the Giants meet the Buccaneers in this year’s NFC Championship game, there’s Tom’s opportunity to right the ‘Buccaneers’ ship in wanting to win in a big game against that one team, the Giants.