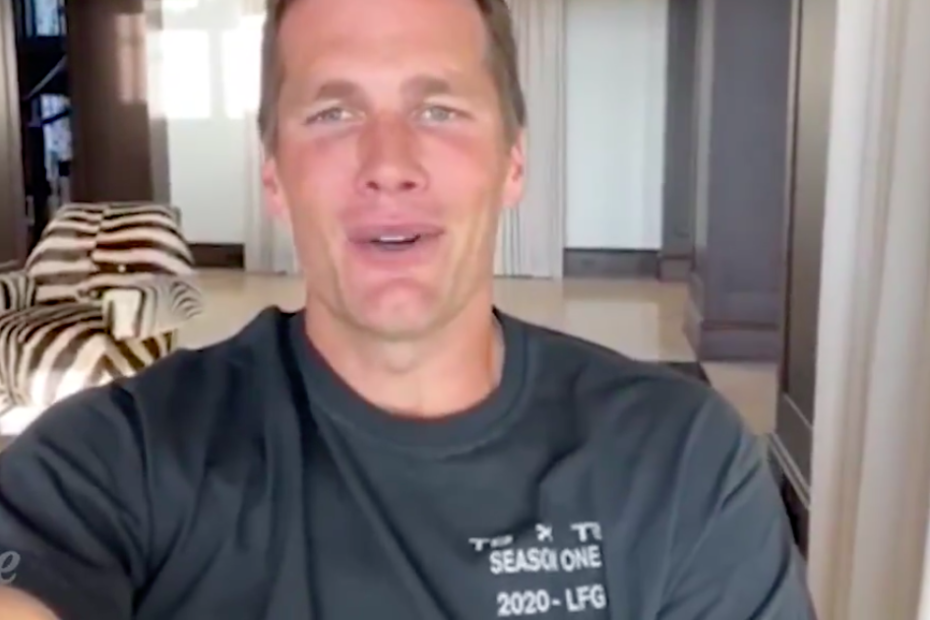 Watch This: Tom Brady Compares Football Season To A Fast Treadmill And How The Off-Season Is Like ‘Boom, You Hit The Stop Button’ On The Treadmill

Tom Brady did it again. It’s been a few weeks now, but just the fact that one of the greatest quarterbacks to ever play the game now has another Super Bowl to add to his resume on another team, speaks volumes about the type of player he’s been throughout his career. The work that was put in when no one was looking, the hours watching film, the working past getting drafted in the sixth round, all that and more contributes to the everyday grind of his NFL seasons.

Which, by the way, there’s been now 21 NFL seasons Brady’s played in. Twenty with the Patriots and one so far with the Buccaneers.

If you didn’t know, now you now that Brady has seven Super Bowl wins according to SportingNews as they report that’s the most of any player in NFL history.

After yet another Super Bowl win, breaking his own record, what does one do with his time? You’re grinding for several months then you win a Super Bowl, then what?

Brady was recently on The Late Late Show with James Corden and talked about this.

Corden asked Brady if he has a hard time figuring out what to do with himself once the season’s over.

“I always describe football season as like a treadmill,” Brady said to Corden.

“Usually, yes,” Brady said to Corden. “So…I always describe football season as like a treadmill. And it’s going fast…and every week, you basically work seven days a week for six straight months and then all of a sudden you’re on this treadmill that’s going fast and then, ‘BOOM’, you hit the stop button. And it always feels like a crash landing. So…we had some time where we spent some time with my wife and kids and then I actually had knee surgery so I’m kind of rehabbing now which has given me something to do although I’d much rather be kind of staying active like I normally do.”

Have you ever been on a treadmill and then all of a sudden pressed the stop button? That’s so true! It just seems like it’ll give out from under you!

If so, we got you (side note), here’s a Global Triathlon Network tutorial of how to use a treadmill properly:

Speaking of being on the run, shout out to those honey to-do lists! I love shopping and doing errands for my wife and us being a team doing chores together.

“She says, ‘Okay, your turn, You got breakfast this morning, you got…these different things that I’ve been doing for the last six months while you’ve been playing football,’ Brady said. “But she’s…the best supporter she’s been amazing I think for me it’s… just a whole different life.”

“So, there’s this in season mode of up early, football, this, then all of a sudden that just literally stops,” Brady said. “So, I’m just getting reacquainted with the dishwasher, where the broom is, where the vacuum is.”

We know one of the things Brady is doing over the offseason as he’s asking you to be one of his receivers for a day by entering a contest where donations goes to a cause he supports, Best Buddies.

Best Buddies is “creating communities of inclusion for people with intellectual & developmental disabilities through friendship, jobs, leadership development & inclusive living” via Best Buddies Twitter bio. You can support the cause and enter the contest through Omaze here.