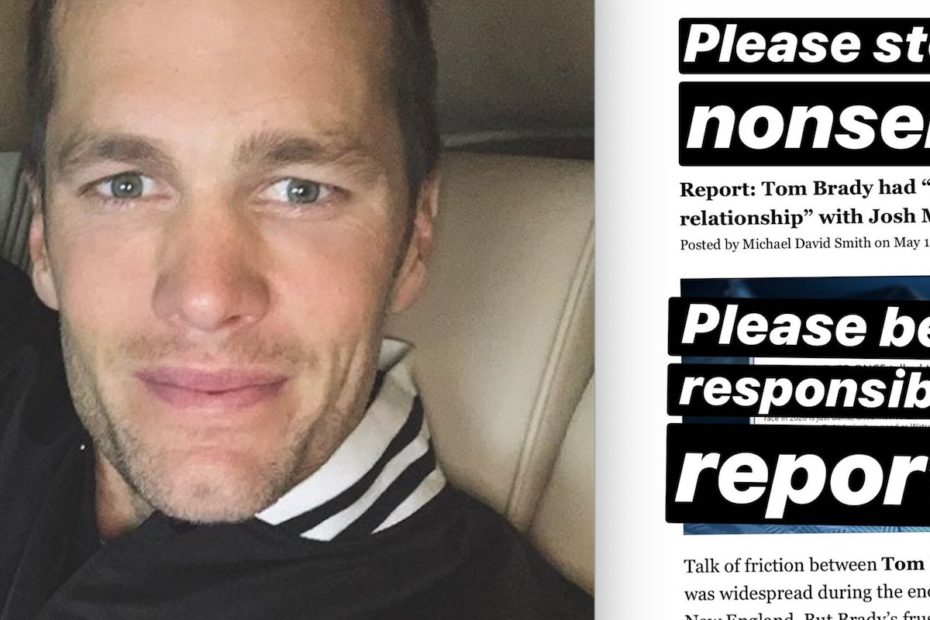 On May 11, Tampa Bay quarterback Tom Brady came upon a report that suggested that Brady choose to leave the New England Patriots after 20 seasons with them because of his relationship with his former offensive coordinator Josh McDaniels.

In the report, NFL reporter Gary Myers claimed that along with there being “friction” between Brady and his former head coach Bill Belichick, Brady’s relationship with McDaniels was also “deteriorating.”

RELATED: Tom Brady Announces That He Will Not Be Returning to the Patriots

Shortly before the article was published and Brady responded to the report, Myers took to Twitter sharing the information he was given by “an excellent source.”

“Hard to present an order of why Tom Brady didn’t want to return to Patriots. But one thing has been very much overlooked, according to an excellent source: His deteriorating relationship with OC Josh McDaniels. Tom was worn out by Josh after all these years. That surprised me,” Myers shared. “They made seem they were brothers fighting after sideline blowups. Worse than that. Brady also wanted more input into game plan. Also, he knew it was final season in NE & said when he didn’t trust WRs, didn’t throw to them. Bad look. Pats lacked reliable WR other than Edelman.”

And while Brady didn’t directly comment on the notion that his relationship with Belichick was shaky, he certainly set the record straight when it came to his friendship with McDaniels.

In an Instagram story, typed over a screenshot of the article alleging bad blood between them, Brady shared his thoughts.

“Please stop this nonsense!” Brady wrote. “Please be more responsible with reporting. Nineteen years together and brother for life.” And McDaniels seemed to share those same sentiments with NESN when he was asked about Brady’s decision to leave the Patriots in March.

“I have so much gratitude for Tom Brady. He has made me a better coach and more importantly a better person. He has always been genuinely kind and caring to me and my family. Yet, at the same time, I have never met anyone as demanding and relentless in his pursuit of improvement, perfection and championships.”

So there you have it, straight from Brady’s mouth.

However, Myers refuses to apologize for his report, stating that he still believes what his source told him is a fact. “I had great sources (plural) on my report today. I trust them. You can trust what Tom said publicly. I trust what I learned went on in private.”