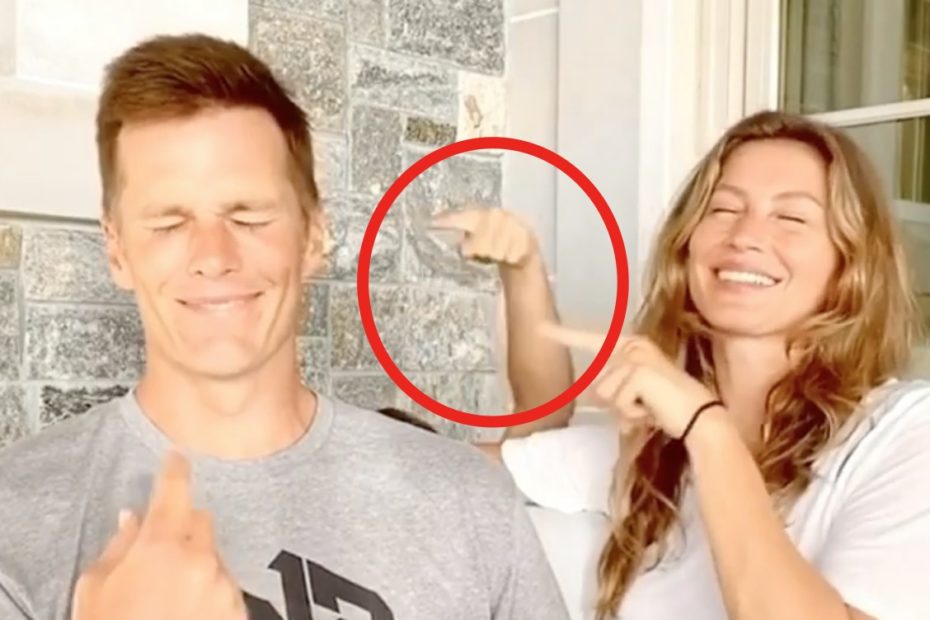 One of the top trending videos on TikTok shows couples sitting next to each other with their eyes closed while listening to a series of “me or them” questions. As each question is asked, the significant others point to either themselves or their partner to answer it. At the end, they watch the video to see if they are on the same page as a couple.

One of the most recent couples to take the challenge is Tampa Bay Buccaneers quarterback Tom Brady and his wife, model Gisele Bündchen. The video comes just two days after Brady participated in “The Match” with teammate Phil Mickelson. The duo ultimately lost to team Peyton Manning and Tiger Woods but raised 20 million dollars for COVID-19 relief efforts.

YOU MAY ALSO LIKE: Tom Brady FaceTimes Youngest Son While Quarantined They’re From Each Other

But the best part of the video wasn’t learning that Brady is the more patient parent, while Gisele is the funniest. Or that they both think the other one is more stubborn than they are, but it was their son Benny in the background answering the questions too.

According to Benny, his mom is the one who says “I’m sorry” first if they ever get into a fight. His dad is the funnier and more patient one. Benny thinks his mom eats more than his dad but she’s also healthier than he is and considering Brady’s strict diet, that’s pretty surprising.

Both Benny and Bündchen agree that Brady is the most spoiled parent. And although he wasn’t around for this particular moment, Benny seems to think it was Brady who said “I love you” first, but Brady and Bündchen seem to disagree on that.

And they all agreed that Tom Brady works out the most, needs the most attention, spends the most money, and has the most clothes. But in the end, when they were asked, “who is never wrong,” Benny stood up and pointed to himself. The kid is a smart one that’s for sure.