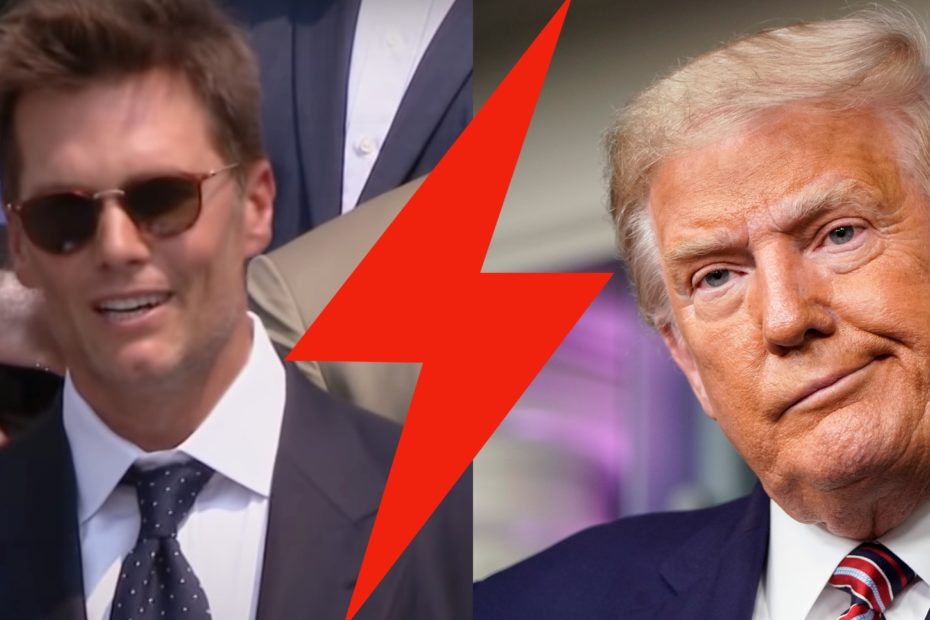 After all the golf outings, strategically placed “MAGA” hats, and playing coy about whether or not he supported former President Trump’s run for office, are Tom Brady and Trump on the outs? Well, that could be the assumption after Brady and some of the Tampa Bay Buccaneers visited the White House on July 20.

As is tradition, many sports teams visit the president and the White House after winning major championships. However, it felt like the tradition took a brief hiatus as no sports teams have visited since 2019, due to COVID-19 and other reasons, such as differing opinions.

In fact, one of the last teams to visit Trump in the White House was the New England Patriots following their last Super Bowl win. And although Brady led the Patriots to that win, he was not in attendance.

That changed when the 2020 Super Bowl Champions met with President Biden yesterday for some good old-fashioned laughs. Among those who made public remarks during the visit was Tom Brady.

And he used the opportunity to crack some politically charged jokes, many at the expense of his rumored-pal Donald Trump. While talking to President Biden and the crowd that gathered to take part in the special moment, Brady mocked election-deniers and Trump’s lackluster nickname for Biden.

“Not a lot of people think that we could have won. In fact, I think about 40 percent of the people still don’t think we won. You understand that, Mr. President?” Brady quipped at the White House to Biden’s delight, who responded saying, “I understand that!”

“And personally, you know, it’s nice for me to be back here,” Brady continued. “We had a game in Chicago where I forgot what down it was. I lost track of one down in 21 years of playing, and they started calling me ‘Sleepy Tom.’ Why would they do that to me?” Brady asked Biden, who was given the nickname “Sleepy Joe” by Trump during the 2020 presidential campaign.

“I don’t know,” Biden said to Tom Brady as he charmingly played along.

It’s unclear if Trump has been made aware of Brady’s speech. And according to Jonathan Chait of New York Magazine, if he was, it’s believed Trump’s ego would have taken a hit.

“It was a scene straight out of a Donald Trump nightmare, and quite possibly the worst day of Donald Trump’s life. To grasp why such an anodyne scene would produce such a wounding effect on a man who has endured misfortunes such as bankruptcy, losing a presidential election, two impeachments, and innumerable legal setbacks, one needs to understand his peculiar psychology. Here, in rough order, is Trump’s hierarchy of needs: 1. To be treated as a winner; 2. To pal around with celebrities; 3. To not be laughed at; 4. To gain the specific approval of Tom Brady.”

However, even if this speech did affect Trump, when it comes to platforms for the former president to respond on, those are limited. He is still currently permanently banned from using Twitter and indefinitely banned from using Facebook. Shockingly, none of his children responded to Brady’s speech either.