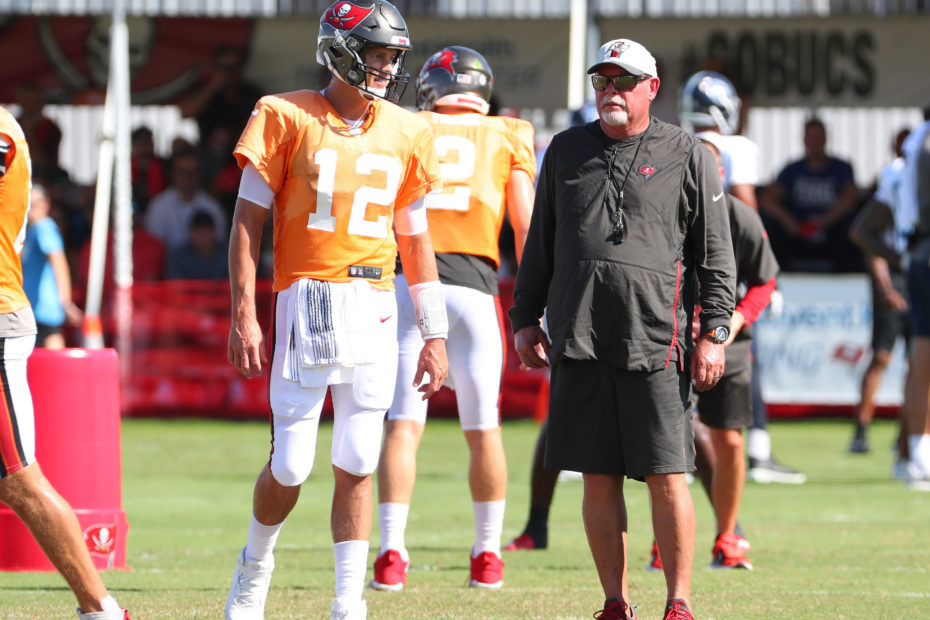 Entering Sunday, Tom Brady had defeated every single team in the NFL except the New England Patriots. Of course, he had never played against the Patriots, so he never had a chance to beat them. That all changed this past Sunday when he made his return to the city.

Tom Brady hadn’t played a game in Gillette Field since January 4, 2020 — losing to the Tennessee Titans in a Wild Card playoff game. Since then, Brady left the New England Patriots to join the Tampa Bay Buccaneers and won a Super Bowl in his first year with the team.

On Sunday, he was finally given an opportunity he never had since being drafted in 2000 — a chance to play the Patriots. By the end of the night, he became the fourth quarterback in NFL history to defeat every NFL team at least once with a 19-17 victory against his former team.

The other three quarterbacks to do so include Brett Favre, Peyton Manning, and Drew Brees.

Is There Anything Tom Brady Can’t Do?

Tom Brady is the greatest quarterback to ever play the game and he continued to cement his legacy on Sunday night. Not only did he achieve something only four quarterbacks have ever achieved, but he passed Drew Brees as the all-time leader in passing yards in the first quarter.

The 44-year-old quarterback looks better every year. Despite not having the type of game he was looking for on Sunday night — 22/43, 269 yards, 0 TD — Brady now has 1,356 yards, 10 touchdowns, and 2 interceptions this season, putting him in the early running for league MVP.

Who Else Can Join Tom Brady?

Brady, Manning, Brees, and Favre are the only quarterbacks to defeat every NFL franchise, but it might not remain that way for long. There are two active quarterbacks that could join that elite group in the near future — the Packers’ Aaron Rodgers and the Steelers’ Ben Roethlisberger.

Both quarterbacks have beaten every NFL franchise except their own. In order to join Brady, Manning, Brees, and Favre, they’ll need to be traded elsewhere to be given a similar opportunity as Brady this past weekend. While that won’t happen this year, it could happen very soon.

Rodgers was close to leaving Green Bay this past offseason and this will likely be his last season with the team. On the other hand, Roethlisberger is nearing the end of his career and who knows what his plans are if the Steelers decide to move on from him.

YOU MAY ALSO LIKE: The Best Football Numbers Based On These 20 NFL Stars

For now, the two remain on their respective teams and Tom Brady will get to enjoy his victory for what it is — a piece of history. The Buccaneers are now 3-1 and are legit contenders to win back-to-back Super Bowls — something Brady has already accomplished with the Patriots.