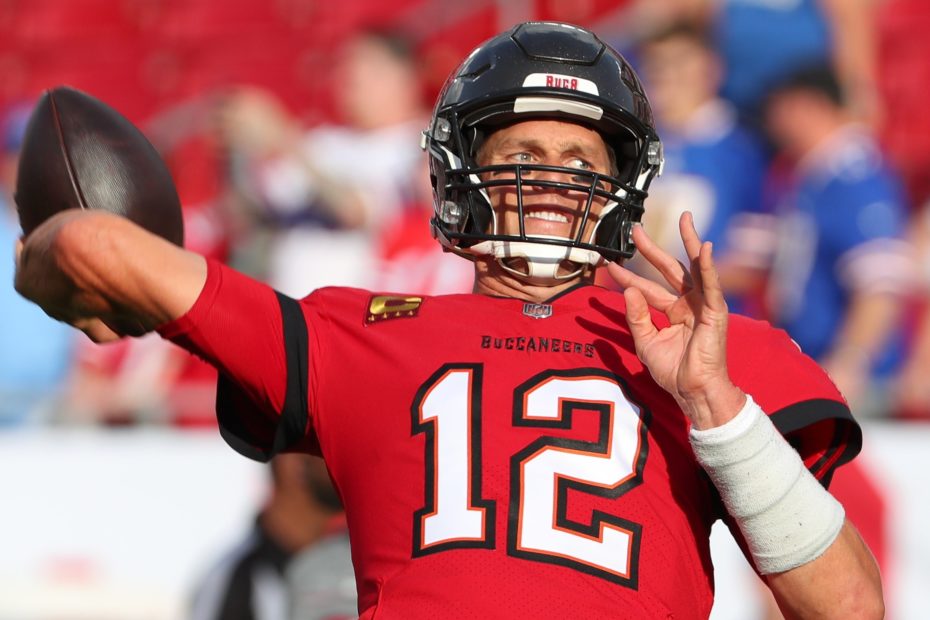 In Tom Brady’s latest promotional video for his apparel video, a very special guest made an appearance: his nine-year-old Daughter Vivian Lake.

Last week, the 45-year-old legendary quarterback released a video on Instagram in which he promoted his new line of BRADY Brand’s new Gummyknit sweatshirts. However, in the promotional video, his youngest child made a surprise cameo, completely stealing the show.

“Hey, guys, what’s up? So we just dropped Gummyknit,” Brady said in the video before he was cut off by his daughter, whom he shares with ex-wife Gisele Bündchen. Vivian proceeds to ask in an adorable tone of voice, “What the heck is Gummyknit?”

Given that this was the perfect opportunity to discuss his newest launch, the seven-time Super Bowl Champion explains what the creator has in store. “Vivi, it’s my favorite new fabric that we developed at BRADY,” he shared with a laugh.

Tom Brady says that Vivian Lake is his ‘No.1 cheerleader’ and he loves it!

And, even when Vivian Lake isn’t supporting her father’s newest clothing launch, she is supporting him on the sidelines of an NFL field. During a recent episode of his SiriusXM Let’s Go! podcast, the Tampa Bay Buccaneers quarterback relayed that his daughter is his biggest cheerleader.

“She was very excited,” the father said, speaking of when he became the first player in the NFL to throw more than 100,000 career passing yards. “That little girl was very excited for her dad. So, she is my number 1 cheerleader, and I wouldn’t have it any other way.”

As he continued, Brady noted that having Vivian supporting him makes him a more empathetic player. In fact, in times when he would usually get angry at a play, his daughter makes him have the slightest bit of peace. “That’s where I need to temper my frustration and my emotion and try to have the empathy that I was a young player once too who didn’t have a lot of answers and didn’t know quite what to do,” he began.

The athlete added the sentiments, “So, I wish I could apply that more often—as you guys see my face on game day. My daughter always says, ‘Daddy, you did not have a happy face out there.’ And I’m tryin’, but I wish I would have more awareness of what this scowl looks like. But I’m doing my best to try to get to a better place and better peace of mind out there.”