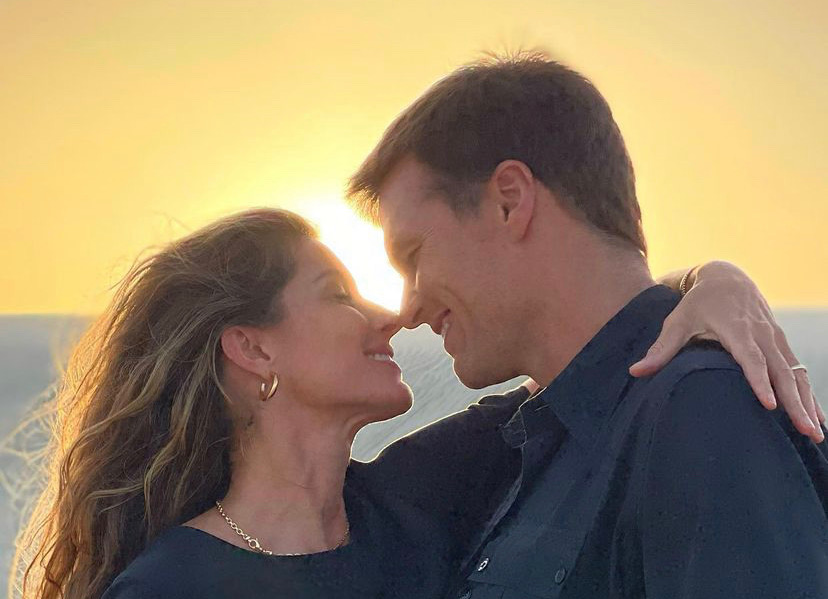 After NFL legend Tom Brady and supermodel Gisele Bündchen filed for divorce after 13 years of marriage, the Tampa Bay Buccaneers quarterback was happy to spend time with their shared children over the weekend.

For months, rumors circulated surrounding the celebrity couple’s marital status after the seven-time Super Bowl champion made the decision to return to the field.

When an insider relayed that the pair made the decision to file for divorce, the separation was finalized soon after. Despite their romance being over, the two remain committed to raising their children Benjamin Rein, 12½, and 9½-year-old daughter Vivian Lake.

“He is always happy when he is with his kids,” a source said of Brady, referring to his recent parental demonstration after spending the weekend with his children. “The kids have slowly been getting used to spending separate time with Tom and Gisele. They lived separately for months.”

The anonymous source added that Brady is a very involved parent and he is continuously dedicated to being a father. “When the kids are with Tom, he tries to make it fun with various kids’ activities. He is a very involved dad. You can tell that he loves being a dad,” the insider relayed.

In addition, insiders have discussed the parents’ decision to separate. According to multiple media outlets, Brady and Bündchen’s divorce was incredibly smooth and their end goal is to co-parent as amicably as possible. “She worked with Tom to make sure their divorce was as smooth as possible.

The focus is on their kids. Gisele knows the kids will be okay when they are with Tom. She thinks he is a great dad,” the source explained.

“They obviously haven’t had the same goal for their relationship, but they do for their kids,” the insider continued. “They will continue to work hard to make sure things will be as good as possible for the kids.”

RELATED: Tom Brady and Gisele Bündchen Continue to Successfully Co-Parent, Despite Divorcing After 13 Years of Marriage

Moreover, Brady publicly opened up about the divorce for the first time on his podcast, Let’s Go! with Tom Brady, Larry Fitzgerald and Jim Gray. The quarterback confirmed that he and his ex-wife’s main priority is ensuring the kids still have a quality life.

“Obviously, the good news is it’s a very amicable situation, and I’m really focused on two things: taking care of my family, and certainly my children, and secondly doing the best job I can to win football games,” the 45-year-old father stated. “That’s what professionals do.”