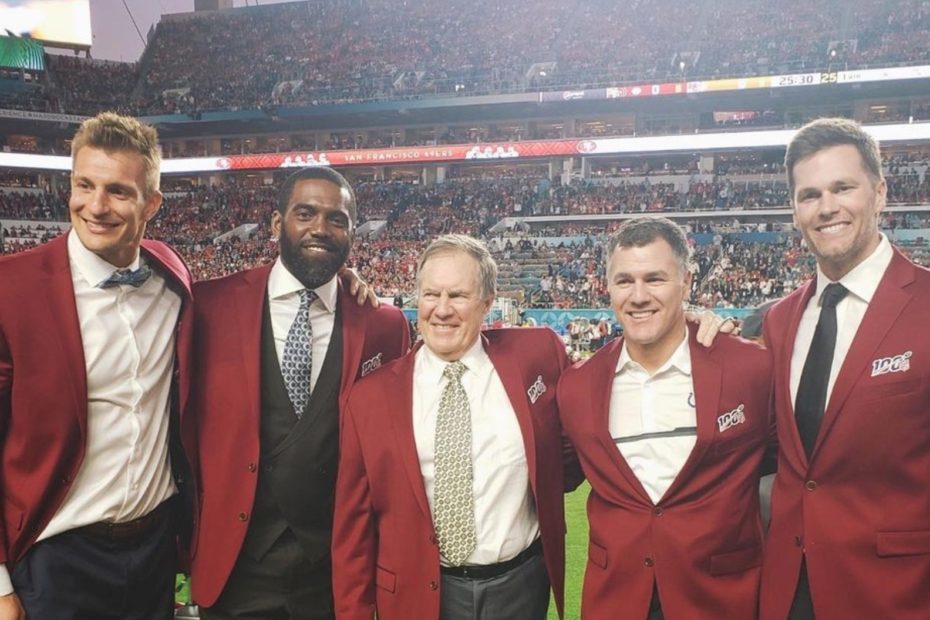 Tom Brady Talks Highly Of Former Coach Bill Belichick: ‘I’m Just Incredibly Grateful For What He’s Meant In My Life As A Coach’

Tom Brady Talks Highly Of Former Coach Bill Belichick: ‘I’m Just Incredibly Grateful For What He’s Meant In My Life As A Coach’

Brady and Belichick. Tom and Bill. If you’ve heard those names in the same sentence before, it’s because those names usually went hand-in-hand over the past two decades.

RELATED: Bill Belichick Opens Up About Resigning From New York Jets In 2000

Bill Belichick has coached the New England Patriots since 2000. Tom Brady was drafted by the Patriots in 2000 and played on the team until last year (his last game with the Patriots was in a Wild Card game against the Titans in January 2020).

Now, with the Tampa Bay Buccaneers, Brady’s going back to the Super Bowl in his first year with the Bucs. If that still sounds weird, it’s because you’ve probably been so used to seeing Brady and Belichick winning Super Bowls together. They won six Lombardi Trophy’s.

If Brady and the Bucs get it done in a few days, Brady will be celebrating with his new coach, Bruce Arians. Brady and Bruce. Could this be the start of something in Tampa with sustained success like there was in New England? We will see.

In the meantime, with so many topics and storylines beyond discussed the week leading up to the Super Bowl, the Brady-Belichick era was one of them and Brady had this to say about his former head coach.

“I have a great relationship with him,” Brady said per NFL.com. “I’m just incredibly grateful for what he’s meant in my life as a coach. He was everything you could ask for as a player. I loved my time (in New England). I had two incredible decades there. My football journey took me to a different place. I certainly could never have accomplished the thing in my career without his support and his teachings…Incredible coach and mentor for me. I’ve had a lot of those in my career, but obviously, he’s at the top of the list.”

If you’ve heard of any sports debates regarding the Patriots success the past two decades, you may have heard of the Brady-Belichick debate. It goes a little something like who should be most credited for all New England’s success during those Super Bowl runs and all those wins. Some say it’s Belichick. Others say it’s Brady.

This debate has continued even after Brady left New England and now is in another Super Bowl with a different team than he was with for 20 seasons.

Former Patriot Danny Amendola thinks ‘The Patriot Way’ should be credited to Brady:

While former Patriot Malcom Butler thinks ‘The Patriot Way’ should be credited to Belichick:

What camp do you fall under?

OR are you good with just not having this debate at all and calling it good either way. That Brady and Belichick had a great run together as quarterback and head coach and there’s no need to try and credit one or the other but instead chalk up to all-around team success year-in and year-out as they both contributed to helping lead the team together to lots of wins.

And, who do you have winning the Super Bowl?! Will Brady win MVP? Or will it be Mahomes getting back-to-back SB MVP’s? Let me know in the comments! And enjoy the Super Bowl (safely, of course).