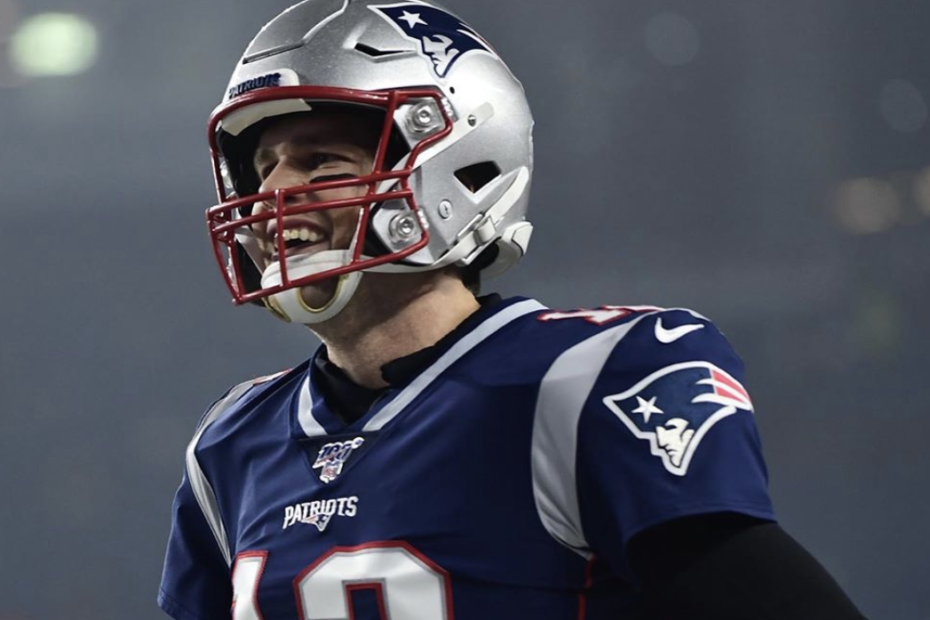 Tom Brady Will Keep the Number 12

Tom Brady Will Keep the Number 12

Tom Brady will retain his signature TB12 moniker with the Buccaneers.

The Tampa Bay Buccaneers have officially announced Tom Brady will take up wide-receiver Chris Goodwin’s offer to use No. 12, with Goodwin now opting to wear No. 14 instead. Brady has famously worn No. 12 throughout his distinguished career with the New England Patriots. He won 6 Super Bowl titles and established himself as arguably the greatest player to ever play football.

No. 14 has been traditionally used by various quarterbacks in the history of the organization, with now Miami Dolphin Ryan Fitzpatrick the latest Buccaneer QB to don the number.  Doug Williams was previously considered the most famous Buccaneer to wear No. 12, though Brady’s arrival is obviously likely to change that.

“Honestly I wish there was [another significant number] like I wish I had a second or third go-to, you know, to kind of fall back on,” stated Goodwin in an interview with Ros Gold-Onwude of The Boardroom. “But really, the only number that’s had any significance to me has always just been 12. So, whatever number I would go to would just be something completely different. But it’s cool, though. It is what it is.”

Goodwin, who had worn 14 since playing for his high school in Delaware, told Buccaneers Team Reporter Casey Phillips that no transaction was involved between him and Brady; he simply donated the number out of great respect for Brady’s legendary legacy.

After his signing, Brady’s first request of the Buccaneers was the phone number of every player on the team, as he attempted to acclimate to his new environment in Tampa Bay. Brady and Goodwin reportedly spoke on the phone shortly after Brady’s signing, beginning the slow process of bonding between the vet and the young star.

“Really it’s literally just getting to know each other,” Goodwin said. “Just early introductory things. Just trying to get a feel for who we are as people more than anything else. We didn’t talk ball or anything; really just about how excited we both are to play with each other.”

We can expect a prolific campaign from the Buccaneers this season, with Brady having a pair of Pro-Bowl receivers at his disposal in Goodwin and Tampa Bay veteran Mike Evans.

1 thought on “Tom Brady Will Keep the Number 12”