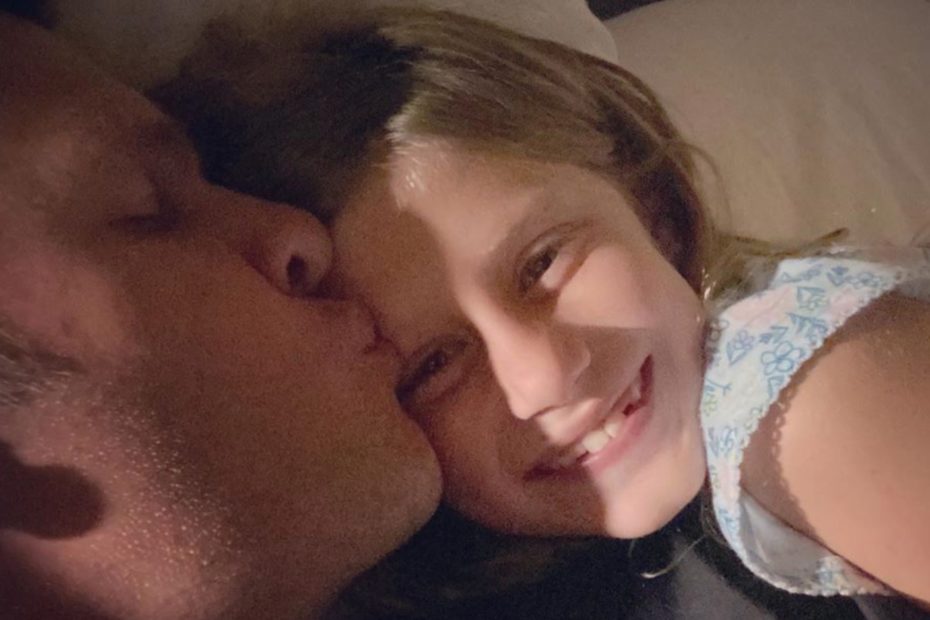 While talking with Dax Shepard on his podcast, Armchair Expert, first-time guest Tampa Bay quarterback Tom Brady opened up about everything from how his family is enjoying Florida to his pre-game routine and what that consists of.

And according to the father of three, his youngest child, 7-year-old Vivian Lake, kind of, actually, really hates the summer heat. As many Brady fans know, for the last 20 years, he’s lived in Boston as the quarterback for the New England Patriots.

RELATED: Tom Brady Announces That He Will Not Be Returning to the Patriots

Boston is where Vivian and her two older brothers grew up. Boston, Massachusetts doesn’t quite feel the heat as much as Tampa Bay, Florida does. And that is something Vivi hasn’t quite got used to yet.

He then went on to say she also refuses to be outside when the family eats dinner because it’s just too hot for her. “Every time we eat, we eat outside, and it’s like 85 degrees, [and] she won’t eat outside with us. She goes inside the house,” Brady said with a laugh. “She’s like, ‘Daddy, I do not like it this hot all the time.’”

For Tom, however, as someone who grew up in California, 25 years of the cold is enough for him. As he admitted, he’s never going back.

Brady also talked about his two boys, 10-year-old Benny, and 13-year-old Jack, who he shares with his ex, Bridget Moynahan, his childhood, which was incredibly normal, his dedication to the sport, and so much more.

Brady and the Buccaneers lost their season opener to the New Orleans Saints 34 to 23. During the first game with his new team, the superstar quarterback threw two interceptions. At first, the Bucs head coach publicly blamed Brady for the two mistakes before later clarifying that one of the interceptions was wide receiver Mike Evans fault.

Brady will be back in action on Sunday afternoon against the Panthers.