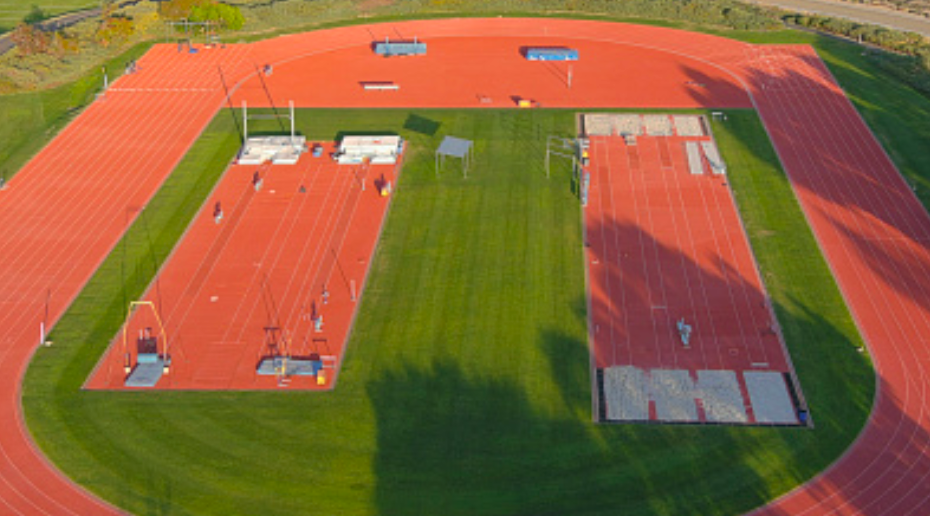 You Have To See This: Senior Track And Field Student-Athlete Helped By Teammates To Cross The Finish Line

What’s incredible about teamwork is helping each other, being there for each other through every moment. Through the wins, the losses, the peaks, the valley’s, the high’s, and the low’s.

For one high school track team, they embodied the essence of teamwork.

One of their own was hurting and they walked alongside her arm-in-arm (literally)to let her know they had her back.

RELATED: Watch This: Dog Runs Onto Track During Relay Race, Finishes In First Place After Crashing The Last Leg And Sprinting Towards The Finish Line

According to People’s Glenn Garner, “Yeva Klingbeil, a senior at Shenendehowa High School who was diagnosed with cancer in November 2019, had help from a few of her teammates in crossing the finish line at a meet…”

The Shenendehowa Athletic Program out of Clifton Park, New York tweeted the video of one of their seniors being helped to the finish line by her teammates.

When you have teammates like that, even in life, you hold on to them. You cherish them. When you have a warrior fighting adversity, you also hold on to her and cherish her.

It’s what these student-athletes are doing for each other. A powerful example to the world in linking arms, getting through any type of adversity. Together. As a team.

And the team’s coach also embodies what teamwork is supposed to look like.

“The Shenendehowa High School Girls Cross Country and Track teams led by Coach Rob aren’t just about looking to have the fastest times, or most wins. Rob’s philosophies are more about #FEO (For each other), #GBGB (get busy getting better), and so much more. The team is truly a family unit that supports one another on and off the trail or track. So, with this culture in place when something happens to one member of the team it impacts them all. Yeva Klingbeil is one such member of Coach Rob’s team.”

Pledge It: ‘FEO (For Each Other): Marathon for Yeva” with proceeds being collected by Heather Brunell

People mentioned a fundraiser that was set to raise money for Yeva and her family as Yeva’s track coach, Coach Rob, was planned on running a marathon. The Pledge It campaign ended up raising over $21,000 with a goal of $10,000.

The Pledge It donation page described what Yeva’s been going through:

“Yeva was diagnosed with rhabdomyosarcoma, a cancerous mass near her jaw and began chemotherapy in November, and radiation treatments January-March. Unfortunately, these treatments led to damage to her brain stem which resulted in significant weakness, inability to swallow, and respiratory failure. After 6 weeks in the ICU battling each day to train her body to sit, then to stand and to breathe without the aide of a ventilator, Yeva is back home continuing with treatments and work with many specialists. She still needs a ventilator to support her breathing at night and a feeding tube to eat.”

Pledge It: ‘FEO (For Each Other): Marathon for Yeva” with proceeds being collected by Heather Brunell

“Thankfully, Yeva’s tumor has shrunk to half the original size and tumor activity is significantly reduced,” the Pledge It fundraising page described. “Yeva and her family pray her brain will continue healing and she’ll be able to breathe, walk, and eat once again. While Yeva has gone through all of this and more, she has never stopped caring about her friends and family and has never given up hope of recovery.”

Never stopped caring. What a great example from a high school senior that we can all learn from as we go about our lives. Don’t stop caring. Yeva’s team and coach surely didn’t stop either.