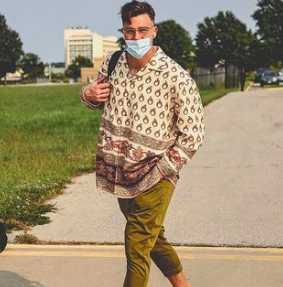 Imagine being an NFL football player. First, growing up playing the sport you love in front of your parents, friends, and family. Then you have a city behind your back rooting for you on Friday nights in high school and thousands of your friends and fellow students cheering for you on Saturdays in college.

RELATED: The Top 10 Tight Ends in the NFL

Then comes football on Sundays in the NFL. And for the Chiefs, on primetime Sundays, Thursdays, and Mondays. Usually, these would, too, be in front of packed crowds with fans yelling at the top of your lungs. It’s just something players are so used to.

Insert no fans or very minimal fans at NFL stadiums. Sure, there’s pumped-in crowd noise. But, it’s just not the same as having thousands of real fans cheering you on.

Chiefs tight end Travis Kelce feels the effects of this.

“I never want to play in an empty stadium again,” Kelce posted on his Instagram earlier in the season after the Chiefs started out winning their first two games.

“You’ve got to find your own energy and that’s been a battle for a lot of teams is in those atmospheres where you’re not playing in front of a lot of people or there’s no fans in the stands…Sometimes it takes a guy to get fired up on the sidelines to do it…When you make plays on the field or your guys will make a play on the field, you’ve got to get excited,” Travis Kelce told People.

With more teams now allowing some fans into the stands, here’s a list ESPN compiled of NFL team’s fans in stands policies. See how your favorite team is handling this.