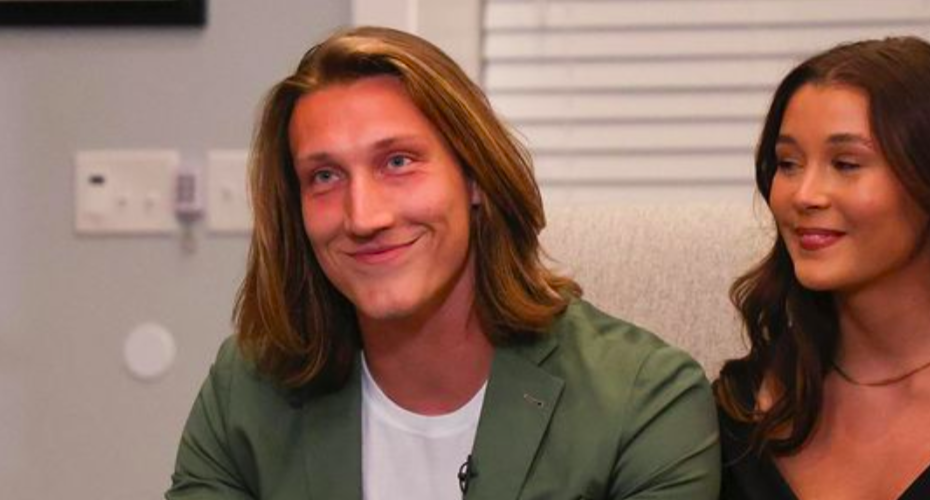 With the first pick in the 2021 NFL Draft, the Jacksonville Jaguars selected…

Trevor Lawrence, Quarterback out of Clemson.

With Trevor’s wife, Marissa, family and loved ones by his side, the Clemson quarterback got the call to be the Jacksonville Jaguars’s quarterback.

The Draft Network’s Joe Marino had this analysis on the quarterback:

“Clemson quarterback Trevor Lawrence is among the most exceptional talents at the quarterback position to ever enter the NFL. He blends elite physical gifts with exceptional football IQ, leadership traits, and intangibles that make him the type of talent that would be the No. 1 overall selection in almost any draft.”

Marino’s “ideal role” for Lawrence is a franchise quarterback. “Lawrence is accurate with the football to all levels of the field and brings a dynamic athletic profile to the table—which allows him to extend plays, work off-script, and present a nightmare for opponents to defend,” Marino added.

Well, the Jaguars are hopeful that they got their franchise quarterback.

“LETS GOOOOO!!!!!!!” Lawrence tweeted. “So excited to be in Jacksonville. The best is yet to come. #DUUUVAL Let’s work.”

You might as well call the Jacksonville Jaguars the Jacksonville Tigers in the meantime because not only did the Jags draft their quarterback in Lawrence, they also picked up the guy Trevor handed the ball off to often with the Clemson Tigers.

The Jaguars are excited for this new season with these draft picks, a new coach, new players. They’re already promoting this season with an ad for fans to buy tickets in a movie-like trailer.