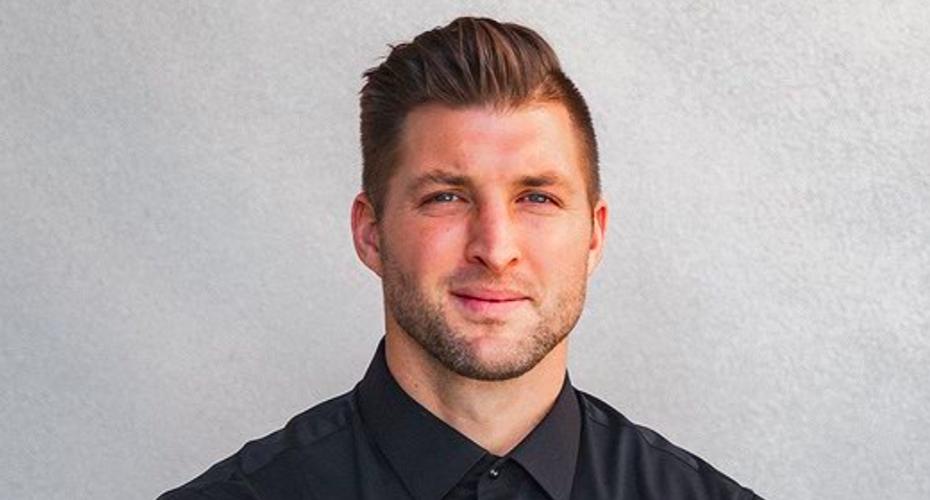 Tim Tebow Catching Touchdowns Already As A Tight End At Jaguars’ OTA’s. You Have To Hear What Trevor Lawrence Said About Tebow.

Trevor Lawrence throwing dimes to Tim Tebow. In the NFL. With the Jacksonville Jaguars.

Lawrence and Tebow just frankly know how to win. And to work. To work hard at that. That can’t be denied.

RELATED: Here’s What Urban Meyer Said About Reports Of Tim Tebow To Be Signed By Jacksonville Jaguars As A Tight End

Sure, there’s been skepticism with Urban Meyer taking on Tim as a tight end with him not playing in a NFL regular season game since 2012 and at a different position. But frankly, that’s all talk. That’s analyst talk from behind desks. What matters is who’s on the field, who’s in the locker room, how this is impacting the Jacksonville Jaguars. Because guess what? Haters are gonna’ hate.

And by the looks of it so far, Tebow is transitioning into a NFL tight end quite well.

The proof is in the pudding.

ESPN’s Michael DiRocco was there to see the Jaguars’ OTA with Trevor and Tim and had this to report:

“Tebow’s transition from quarterback seems to be going smoothly…Tebow got extra coaching after several reps during blocking drills and at times looked a little hesitant or a half-step behind in others. But he caught every pass thrown his way, including two that went for touchdowns: one from Lawrence and another from Gardner Minshew.”

That rookie transition is to be expected but that other part, about Tebow transitioning swimmingly into this new role, good for him! Just let your actions speak and let your game do the rest to silence the critics.

DiRocco did also mention that “Meyer said Lawrence was accurate in Wednesday’s workout but had a bit of a tough time during red zone work on Thursday. Lawrence overthrew four passes and had two others broken up, but Meyer said it’s normal for a rookie quarterback to struggle in the compressed area when facing an NFL defense. And Lawrence wasn’t alone, either.”

DiRocco also included a quote from Meyers saying Lawrence was “very accurate yesterday. Today we all struggled, not just him, offensively.”

The Jaguars’ new franchise quarterback is happy to have Tebow a part of the team.

Lawrence recently spoke to Yahoo Sports as Eric Edholm states he “joined Yahoo Sports on behalf of Gatorade — the first QB to sign a deal with it since Cam Newton — after Lawrence presented its 2020-21 Gatorade National Football Player of the Year award to USC commit Jaxson Dart of Corner Canyon High School (Draper, Utah).”

“That was really when I started to get into watching football and college football, right when Tim Tebow was in his heyday at Florida,” Lawrence said to Yahoo Sports. “I played with him on all the NCAA games. But no, I’d never met him before until last week. That was cool for me to get to meet him. You would have thought that our paths would have crossed at some point, but they just hadn’t. I just found that interesting.

Lawrence was impressed from the onset of what Tebow has brought to the team.

“The first thing that jumped out to me was the person,” Lawrence said to Yahoo Sports. “Just his character. What he brings to the locker room. A guy you want to be around. He just does things right. I think coach Meyer and the staff knew that, bringing him on.”

Lawrence has raving reviews for the quarterback he watched growing up.

“He’s been awesome so far,” Lawrence said to Yahoo Sports. “Just a hard worker. And he’s in great shape. It’s been cool to see, and obviously, it’s still really early and he’s still learning and just coming in a couple days later than some other guys for the install, so he’s just getting his feet wet. But man, he’s doing great.”

Here’s what another teammate, who’s also new to the team this year after playing with the Detroit Lions, wide receiver Marvin Jones, Jr., said about Tebow being a part of the squad:

“Obviously, everybody knows the type of worker that he is and it’s no different,” Jones Jr., ‘who was the team’s oldest player (31) until the 33-year-old Tebow signed May 20’ per ESPN, said. “He came in here and fit right in, just working and learning and stuff like that. In the back, when he’s not in, he’s looking at the plays and running extra and doing what he needs to do to get this new position going.”

“…it’s been good to have him here, most definitely,” Jones, Jr. said via ESPN.