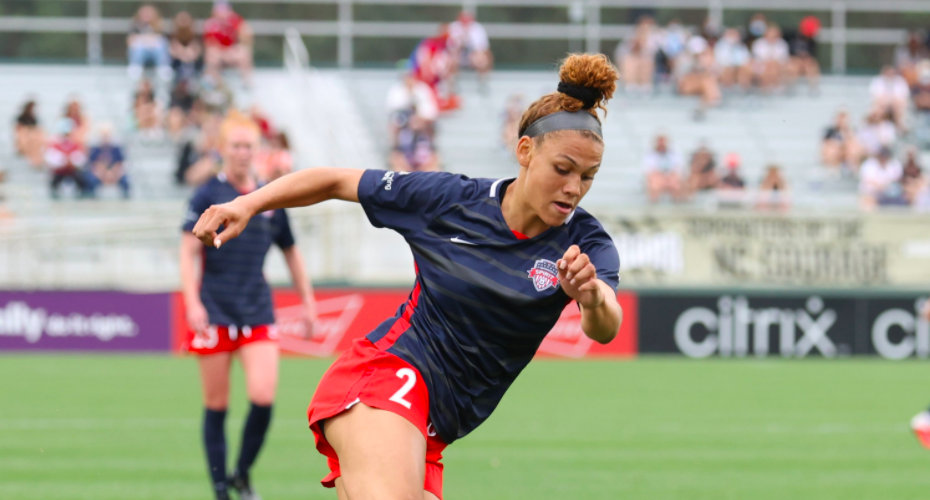 Trinity Rodman is a forward on the National Women’s Soccer League’s Washington Spirit.

According to the team’s site, Rodman was drafted second in the 2021 NWSL College Draft, “played in seven matches in the CONCACAF Women’s U-20 Championship (in 2020) and scored nine goals, (and) played 164 minutes in the U-17 Women’s World Cup and provided one assist (in 2018).”

Now, you can add a pro soccer goal to that list:

According to the team, that game was Rodman’s “rookie debut” and happened in the 60th minute.

Rodman became the “youngest (American) goalscorer in league history” per the league.

And if that last name sound familiar, you are correct in that she is Dennis Rodman‘s daughter.

“He was an amazing athlete, and I got those genes from him, but I’m excited to be known as Trinity Rodman and not just as (Dennis) Rodman’s daughter,” Trinity said previously according to The Olympic Channel.

Trinity wanted to give a special shoutout to her mother the week before the debut:

FIFA Women’s World Cup mentioned what the pro soccer forward wants her soccer game to look like per a Caitlin Murray interview of Trinity:

We’ll see if more of those goals will come as the result of them being “unpredictable” to each opponent. The next opponent? Racing Louisville.

That’s one game down as the team ended up losing to the North Carolina Courage, 2-3, as part of the league’s Challenge Cup. The next game against Racing Louisville is on April 15 in our nation’s capitol.