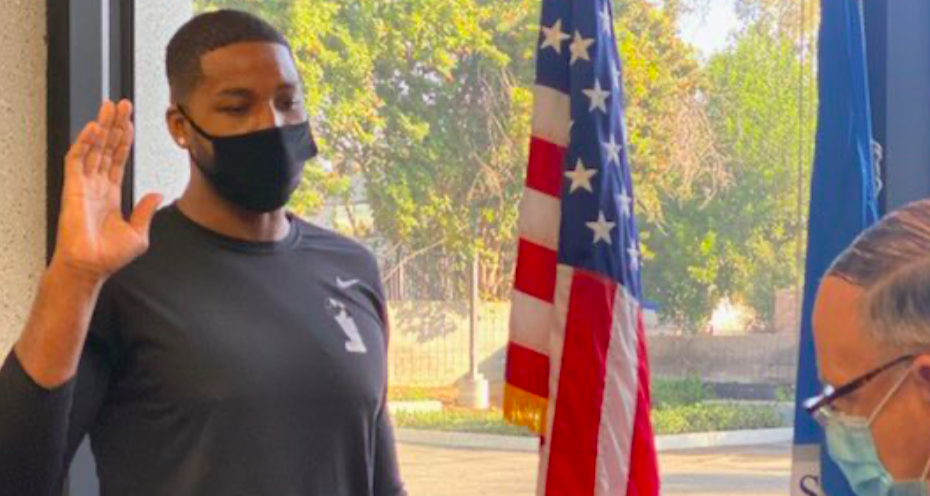 “I came to the US on a student visa and have always had big dreams…I’m now truly living the American dream,” Tristan Thompson said per a U.S. Citizenship and Immigration Services (USCIS) Western Region Twitter post.

The USCIC Western Region branch is cheering on Thompson, as well. Both as an American citizen and a new Boston Celtic.

“Congrats on reaching your goals Tristan Thompson! Best of luck with the (NBA’s Celtics) as a #NewUSCitizen!” the USCIC Western Region said in the same tweet.

It’s that new US Citizen life for Thompson.

According to CNN, Thompson was born in Canada (Ontario) then moved to the US to attend a high school in New Jersey.

Thompson recently signed with the Celtics after spending his whole NBA career thus far with the Cleveland Cavaliers.

“Cleveland, what a ride it has been,” Thompson said in a Twitter post. “From the first day of my career that I arrived in Cleveland, as a 19 year old kid from Canada, I have received nothing but love and support from the entire city.”

That love and support was evident in an open letter penned on the Cavs website to Thompson thanking him. Part of the letter said:

“You gave everything you had, physically and emotionally, on the floor – whether that season’s team was headed for the Finals or headed for the Lottery. You fought through illness and injury to play in 447 straight games. You were a blue-collar dude in a blue-collar town…We eat that stuff up here!”

As Thompson mentioned, he was drafted by the Cavs, was a part of four straight Finals appearances, and won the 2016 NBA championship with LeBron James and company.

Thompson will now be officially suiting up in the green and white as an American citizen repping that red, white, and blue.