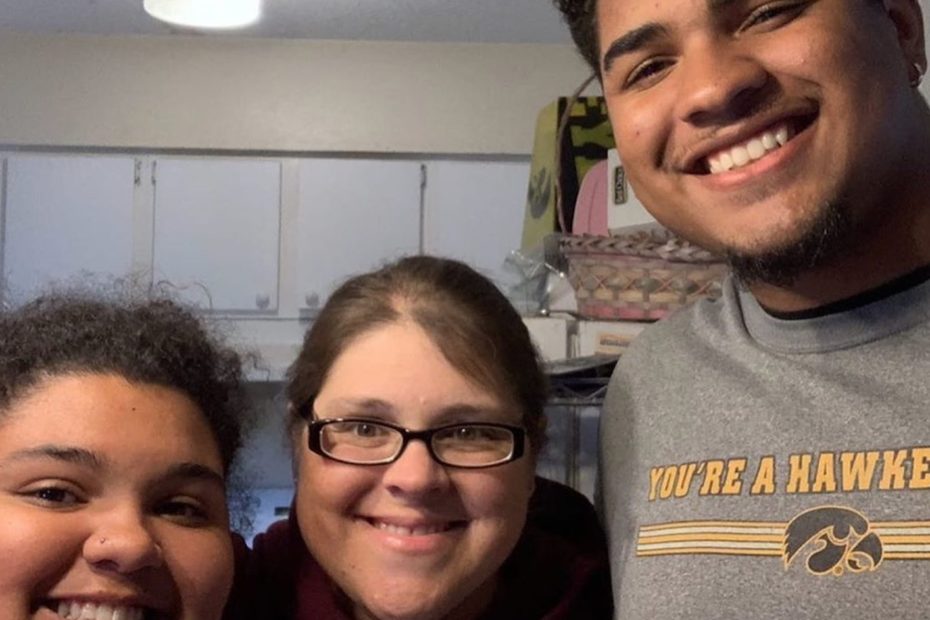 Meet Tristan Wirfs. Before Thursday, April 24, Wirfs was an offensive lineman for the University of Iowa Hawkeyes. And a stand out at the NFL Combine.

He ran the 40-yard dash in 4.85 seconds and his vertical jump was measured at 36.5 inches. His strength has also been a topic of conversation a couple of times.

RELATED: 49ers Get 2 First Round Draft Picks, Coming Off of a 2nd Place Last Season

Now, the 21-year-old is one of the newest members of the Tampa Bay Buccaneers after he was drafted in the first round of the NFL Draft. His job next season will be to protect the Bucs’ newest quarterback, Tom Brady.

However, while the rising star will begin to prepare for his newest task at hand, it’s what Wirfs did before the draft even started that has people talking.

Because of the global pandemic we are all living in the middle of, the 2020 NFL Draft—which was supposed to take place in Las Vegas—was done virtually. Meaning everyone, from the commissioner to the coaches and owners, to the hopeful draftees set up cameras in their respective homes in order to comply with the current stay-at-home orders.

That also meant those who were fortunate enough to have been invited to the draft didn’t get to walk the red carpet like other drafts in the past. So shortly before the first pick was made, Wirfs did what he needed to do to keep the promise he made to his mom.

It’s clear in the video that his mom, Sarah, had no idea that her son was planning this big surprise for her until she saw the carpet and Wirfs standing at the other end of it with a bouquet of flowers in his hand.

As Wirfs told The Tampa Bay Times, his mother “means everything to me.” Sarah raised her two children as a single mother and the 21-year-old football player credited his mom with giving him the work ethic that got him to where he is today.

“It was just the best feeling,” Sarah said of watching her son be drafted in the NFL. “I never in a million years thought he would be going to the NFL. I just didn’t think like that. You know he’s big and strong and athletic. I wasn’t in that mindset. I was in the mom mindset and caretaker. It didn’t cross my mind until, all of a sudden, it was smacking me in the face.”

And now she’s a mom of an offensive lineman in the NFL. Amazing.