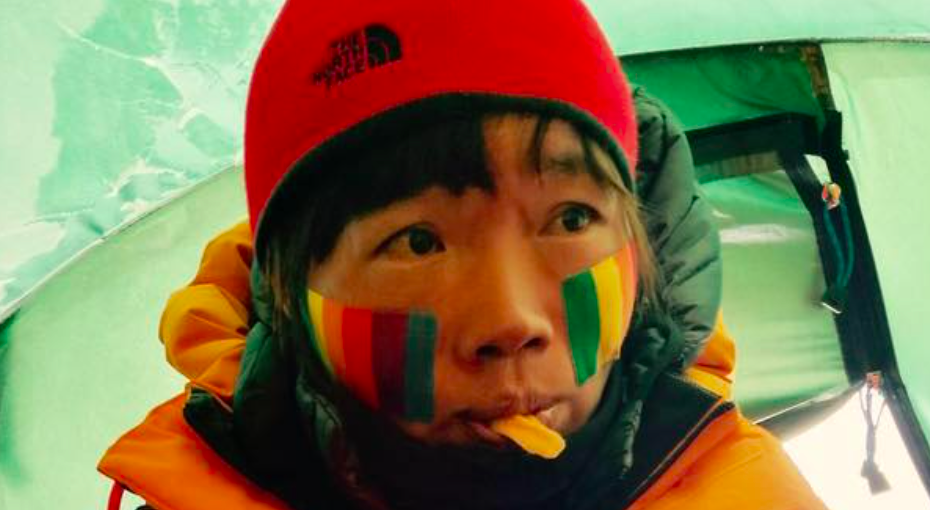 Mount Everest reaches “an elevation of 29,032 feet” per Brittanica. People have made the journey, taking days to reach the peak. But, for one teacher, all she needed was just a little more than a day to scale it.

According to the New York Post’s Jackie Salo, ” (a) Hong Kong teacher has become the fastest female climber to scale Mount Everest — smashing the previous record by more than 13 hours. Tsang Yin-hung, 45, climbed the world’s highest peak from the base camp in 25 hours and 50 minutes, beating the record — of 39 hours and 6 minutes — set by a Nepali woman, Phunjo Jhangmu Lama.”

Picture that. Scaling a mountain in just over 24 hours. And not just any mountain. We’re talking “the highest mountain in the world” per Brittanica that is a dangerous trek to the top. You know, all in a day’s work.

This teacher can teach all of us a thing or two on what it means to scale mountains, to climb higher, and reach higher in life to chase your dreams. I’d say she’s got credentials on how to do so.

“I just want to show my student(s), even (if you have) a really high and hard target, if you try to train step-by-step, and of course there’s a lot of challenges and difficulties, but whenever you want to do something, you have to just persist and never give up,” Yin-hung said to Asian News International. “And finally you can achieve it…”

For Yin-hung, she was able to achieve this remarkable accomplishment. Yet, it didn’t come without its challenges, just like anything in life.

The teacher turned mountain climber “made previous attempts earlier in May (to climb the mountain) but bad weather forced her to return. Determined to reach the top of Everest, she again made the attempt on May 23” according to Asian News International.

“She was born in mainland China and moved with her family to Hong Kong when she was age 10, the Agence Frances-Presse reported. Tsang said her family had ‘no resources,’ forcing her to participate in free athletic programs at her school…She began to train as a mountaineer 11 years ago and first climbed Everest in 2017.”

“When I was young I used to run on the mountains, play basketball and do other sports,” Yin-hung said according to the New York Post.

Hopefully this is encouraging to you today, wherever this finds you. That if this teacher can set her mind to it and climb Mount Everest, the tallest mountain in the world, know you can accomplish whatever you set your mind to. It’s something the mountain climber encourages you to do.

“To keep moving and to do whatever you love and it is challenging for you,” Yin-hung said to Asian News International. “For example, for me, I’m really bad at music. If there’s someone really good at music, it doesn’t mean i have to do music, no, i just have to do what i want and challenge myself. So, i’m not going to ask people to challenge or take some really extreme sport…just do what they love.”

“I think (in) life, you have to keep moving,” Yin-hung said to Asian News International.

Also, shout out to this man who also scaled Mount Everest recently.

According to Thomson Reuters via CBC, “Chinese mountaineer Zhang Hong, 46, has scaled the tallest peak in the world from the Nepal side, becoming the first blind man from Asia and the third visually impaired person in the world to climb Mount Everest.”

“No matter if you’re disabled or normal, whether you have lost your eyesight or you have no legs or hands, it doesn’t matter as long as you have a strong mind, you can always complete a thing that other people say you can’t,” Zhang told Reuters per CBC.

And, to keep it all in perspective, whether you’re climbing Mt. Everest or going for a walk at your local park, it’s always good to get a breath of fresh air in God’s creation to get away from the hustle and bustle of the grind for a while.