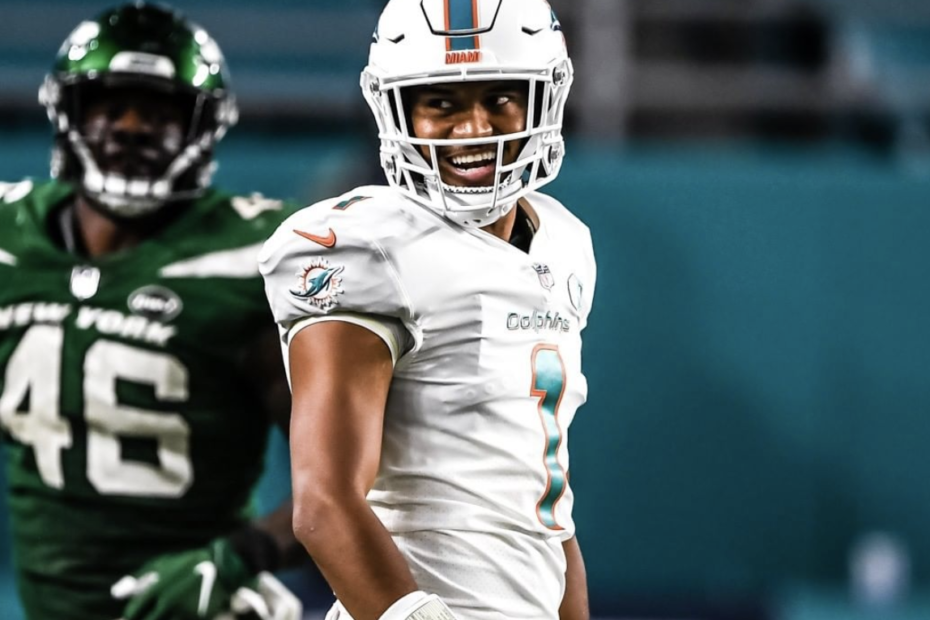 Heisman trophy winner and 5th overall pick Tua Tagovailoa has been sitting on the Miami Dolphin’s bench all season, but has been announced to be the starter moving forward. The Dolphins are 3-3 through their first 6 games, and have a week 7 bye, which will allow Tua an extra week of rest before starting week 8 against the Los Angeles Rams.

Veteran Ryan Fitzpatrick had been taking up the QB position for the Dolphins so far this season, and he has done surprisingly well, holding the 7th best QBR (quarterback rating) in the NFL. However, Fitzpatrick knows that his place is to mentor Tua, which, according to Tua, he has been doing a great job of: “I‘m very fortunate to have a mentor like him who is just very encouraging on the field and then this guy is, like, he’s just very personable off the field as well.”

Fitzpatrick is in his 16th season in the league, and he recognizes that the spotlight is no longer his, despite putting up very good numbers.

The Dolphins, who have not had a good year since 2000, hope that this will be their year to shine, and they hope that Tua can stay healthy, as his biggest issue is that he is somewhat injury-prone. He played in his first game since a 2019 hip injury on Sunday.

Dolphins coach, Brian Flores, reported that Tagovailoa seems to be “doing good mentally and physically,” and is prepared to lead the Dolphins on a postseason run.

RELATED: People Are Saying This ‘Butt Interception’ Is the Pick Of Season So Far, So Find Out for Yourself

The Dolphins are currently in 2nd place in the AFC East, behind the 4-2 Buffalo Bills.