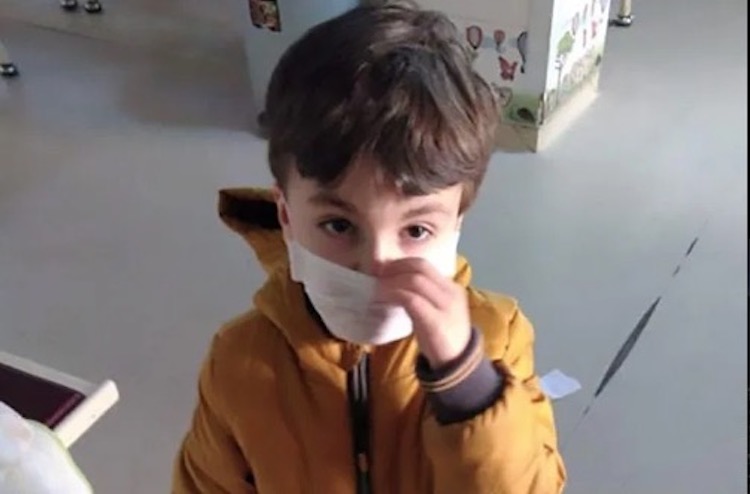 A former top-tier soccer player was arrested by Turkish authorities after he confessed to killing his 5-year-old son, who was being treated in a local hospital and suspected of having COVID-19.

Sports Illustrated reports that Cevher Toktas, 32, turned himself over to police. It was then that he confessed to smothering his son, Kasim, with a pillow on May 4, while he was still in the hospital. Initially, the boy’s death was not believed to be suspicious even though he tested negative for COVID-19.

Step 2: Place this code wherever you want the plugin to appear on your page.

Kasim’s body is being exhumed for an autopsy as part of the investigation, according to The Sun and local media reports. Toktas, who currently plays soccer with amateur league team Bursa Yildirimspor, told police that he suffocated his “son because he did not love him. He then told authorities that he turned himself over to police 11 days later because he felt remorse.

The child was admitted to the children’s hospital in Bursa, a northwestern province. He had a cough and a high fever on April 23, which is an official Turkish holiday celebrating children, and he was placed in isolation alongside his father.

YOU MIGHT ALSO LIKE: Tampa Bay Rays Minor League Pitcher Blake Bivens Recalls the Moment He Learned His Baby, His Wife, and His Mother-in-Law Were Killed By Gunfire

Soon after the pair was isolated together, Toktas said he smothered his son and then called for help. He reportedly told staff at the hospital that his child’s condition had taken a turn for the worse. The 5-year-old was then hurried to the hospital’s ICU where he died just two hours later.

According to SI, Toktas played for the Hacettepe soccer team, between 2007 and 2009, which briefly competed in the Turkish top-tier Super League.

No trial date has been set.

1 thought on “‘I Didn’t Love Him’: Turkish Soccer Player Confesses to Smothering 5-Year-Old Son to Death”