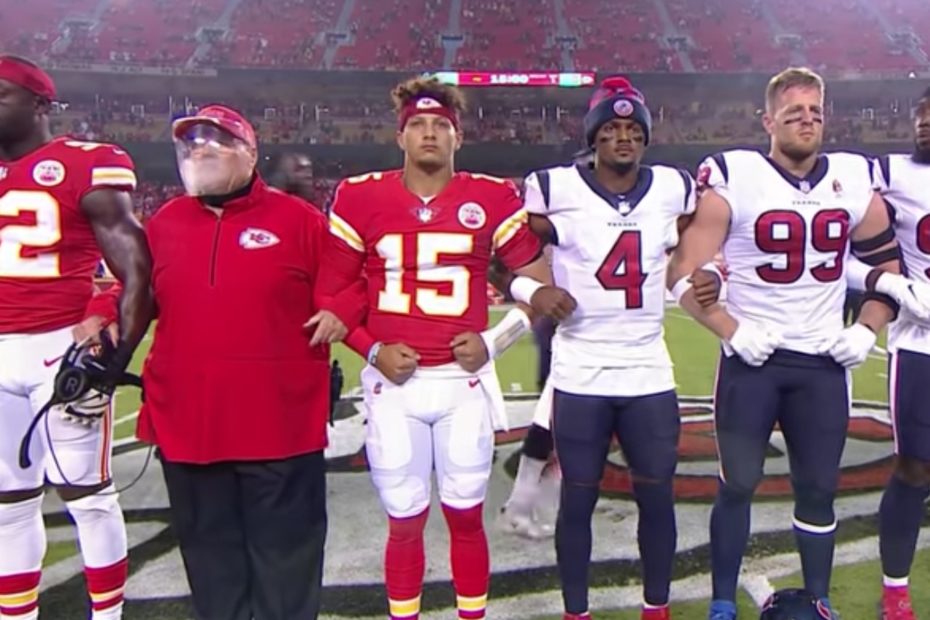 On September 10, the National Football League kicked off its 2020 season. For sports fans around the world, yesterday’s game was supposed to bring a sigh of relief given how the threat of COVID-19 nearly put an end to the season before it even began.

However, it was the show of disrespect from Kansas City Chiefs fans during pre-game that has people on Twitter talking and many of those people are not happy.

Surprisingly, 17,000 people were given permission to watch the game live at Arrowhead Stadium. And unfortunately, some of them were not on their best behavior.

Prior to the start of the game, in addition to the playing of the national anthem, which was performed by Chloe and Halle, Alicia Keyes performed “Lift Every Voice and Sing,” which is often referred to as the Black national anthem.

And the players and coaches associated with both the Texans and the Chiefs also took to the center of the field prior to kickoff to show a sign of unity by coming together and locking arms. But for some reason, fans in attendance didn’t like that and they began to boo.

“Ladies and Gentlemen, please join us in a moment of silence dedicated to the ongoing fight for equality in our country,” the PA announcer said before fans began to boo.

And this is what people are saying about it on Twitter:

Some Twitter users believe the fans were booing at the Texans who did not come out of the locker room for the national anthem while the all but one of the players of the Chiefs stood for the playing of The Star-Spangled Banner. Nonetheless, hopefully similar reactions