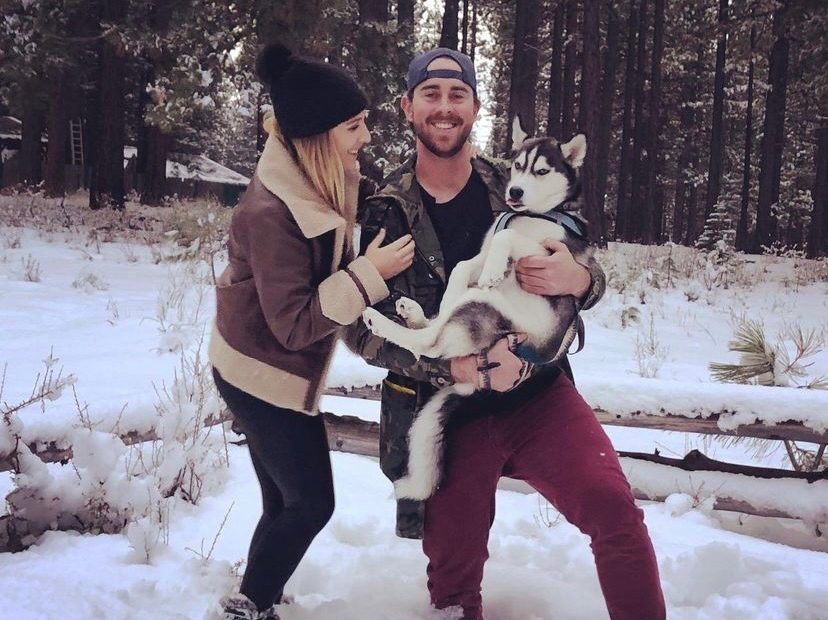 A no-hitter is defined as a baseball game in which a team is unable to record a single hit and in Major League Baseball, the team must have batted at least nine innings. Gilbert is among the few hundred people to throw a no-hitting game since the leagues start in 1876 and is only the fourth pitcher to throw a game of these stakes while simultaneously being in his first big league start. The last MLB pitcher to do so was Bobo Holloman in 1953. Needless to say, this Arizona player is ecstatic.

“Amazing,” said the baseball player, a smile plastered on his face. “It hasn’t hit me too much yet, but it’s really cool,” he continued in his statement, according to ESPN. However, arguably the person with the most vibrant reaction was Gilbert’s father, Greg Gilbert.

Greg Gilbert proudly cries tears of joy after finding out his son pitched a no-hitter.

Even though the pitcher himself could be seen hugging his teammates for dear life, the MLB cameraman made sure to get a shot of Gilbert’s father in the stands. Greg had a look of shock on his face and turned to the people around him as if he needed confirmation that his son had done the unthinkable. He waved his hands in the air and wiped away a few tears of joy.

RELATED: 33-Year-Old Colin Kaepernick’s Debut Netflix Biographical Series is Kicking Off at the End of October

The 27-year-old pitcher’s accomplishment seems all the more impressive when considering he had barely been in the MLB for more than a week. He made his Major League debut on August 3rd and by the 14th, he already had a no-hitter under his belt.

In 2015, he was the sixth-round pick for the Philadelphia Phillies but was later traded to the Los Angeles Dodgers in 2020. However, due to the COVID-19 pandemic, the minor league season was completely shut down. He returned to his high school coach to throw bullpens through the summer and even worked for his father doing electrical work in order to make a living. Essentially, his life has completely transformed in a short amount of time.

Gilbert had not thrown more than 93 pitches in the minor leagues during the 2021 season before the Diamondbacks asked him to play in the majors on August 3rd. The pitcher’s manager, Torey Lovullo, also had absolutely no plans for him to throw this many pitches in his MLB debut and was planning on limiting him to 85 pitches. By the fifth inning, it became evident that Gilbert could possibly make history and the decision to pull him out didn’t seem smart, especially when he was staying calm and collected.

“It was weird,” the pitcher said before he explained, “I wasn’t nervous at all, and I feel like I should’ve been.”

However, his ability to keep his nerves in lines likely aided him in throwing an incredibly jaw-dropping game. Lovullo commented, “When it comes together in a very special way… we were at the right place at the right time. And made plays. And it equaled a no-hitter.”